Manohari Doss, leader of the Tamil Nadu Labour Union (TNLU) has been recognised as one of 17 transformative Asia Pacific women leaders at the UN – ESCAP, Asia Pacific Ministerial Conference, in Bangkok last November.

She was invited to speak as a panellist at the launch of the report ‘Pathways to Influence: Promoting the Role of Women’s Transformative Leadership to achieve the SDGs in Asia Pacific’. Naturally, she’s at the forefront among Indian women leading the SDGs.

Doss was the first girl to be educated in her small village and provides the inspiration and energy for the TNLU’s extremely effective grassroots work with Dalits and tribal people. It is 35 years since Manohari Doss and her husband, late Edward Doss established the Institute for Self Management, the Women Development Resource Centre and the Tamil Nadu Labour Union, based in Madurai and working across parts of Tamil Nadu. In that time, thousands of Dalits and hill tribe people improved their circumstances, sense of confidence and skill levels.

Among her other significant achievements: The Resource Centre and Labourers Union, along with multiple microcredit schemes, workers cooperatives and unions and a Women Labourers Bank were established; access to welfare rights increased; and submissions on gender policies were made to government bodies, such as the National Women’s Commission.

Doss leads a team of more than 30 persons, with regular and frequent staff meetings that incorporate leadership training. She ensures that her senior management team is the first point of contact for community members and officials. Her “no-blame” perspective encourages participation.

Doss’s leadership journey began in her early experience of hardship as one of five children of small-holding farmers, reinforced by the experience of prejudice towards her husband, Edward, a Dalit. Among eight children, Edward was chosen by the family as the one they could afford to educate. He went on to graduate as a lawyer and earn other degrees. While Doss was deeply influenced by her social work training, both of them were driven by their commitment to change: for Dalit and hill tribe people to have real choices and chances in life.

Drawing from her own experience, Doss believes deeply in the power of learning and education to ensure that people have choices in life. She attributes this drive to her parents, especially her father, who insisted that she and her three sisters be educated as well as her brother at a time when it was often only boys who went to secondary school and university. An important catalyst in Doss’s development as a leader was the close, supportive network of seven other women NGO leaders who met each other in the 1980s.

At every step in her leadership journey, Doss has had to confront and navigate both deeply embedded gender norms and the additional prejudice and marginalization that Dalits endure in Tamil Nadu. These include cultural beliefs that women should not be allowed out of the house, and Dalit women’s own view of themselves, which is essentially fear-based, feeling inferior and insecure.

The women’s movement in Madurai has sought new legislation to prevent caste deaths, including banning the sale of acid (because it is used so frequently to throw on women). The top fines for rape of Dalit women are low, and it is hard for Dalit and tribal women to prove rape. The 1989 legislation protecting Dalits and Tribal people against atrocities is barely used.

Doss sees her work as being long term because the causes are multigenerational and culturally ingrained. Thus, she sees the Sustainable Development Goals as critical as a basis for lobbying the state and national governments and holding them accountable, such as through a gender budget, which she considers is long overdue in India.

She is keen for training of government staff on gender, Dalit and Tribal issues increased and built into public service professional development. Her Resource Centre has conducted gender training with the police and government officials, especially in relation to domestic violence. She knows that training can make a difference, particularly when there is relevant legislation to connect with the training.

This article is part of our ongoing series on inspirational Indian women driving the SDGs. 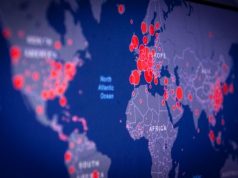 The Impact of Covid-19 on Key SDG Indicators 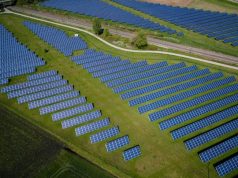