11 trekkers lost their lives while attempting to climb Mount Everest in 2019. Three of them were Indian nationals, according to the official data received by the Nepal Government. The photo of climbers stuck at 8000m above sea level in a traffic jam has been doing rounds on social media since last few weeks. It has been captioned with a metaphor that the people are directly trekking their way up to heaven, to address the lost lives because of the jam.

The difficult task of summiting Everest is possible only over a few weeks in May every year. But the window of reasonable weather in May (before the monsoon arrives) is increasingly getting shorter, due to the effects of climate change and global warming. When climatic flux meets the demands of commerce, it creates a potent mix of risk.

The climbing permit to summit Mt. Everest is around $11,000 per person, though each climber ends up spending between $40,000-90,000 overall. Every year, the Nepal government collects around 500 million Nepalese rupees in royalties from the permits alone, giving it little incentive to cut back on the number of climbers, even if the number of days of clearer weather is changing.

In the spring of 2019, 381 foreigners took a permit to scale Mt. Everest (77 were Indian nationals). On most years, the highest number of requests for summit permits come from Indian nationals.

The traffic at the Everest is endorsing the wider over tourism phenomenon. Where a place is visited for its seeming inaccessibility and iconic wild beauty and yet ironically somewhere where tourists pack in with little thought for the consequences.

There are a variety of 8,000m+ peaks surrounding Everest that are not climbed to the same extent, neighbouring Lhotse, for example, sits at just 300m less altitude, and the actual experience of putting one foot in front of the other, the euphoria of making the summit (and even the view from the top) can’t be wildly dissimilar to that on Everest. A snapshot of these peaks will reveal many more dedicated lifetime mountaineers, and far fewer commercial, amateur expeditions. It seems that in extreme adventure terms, Everest is deemed to matter most.
The question is, are experiences being lost in the all-consuming quest for that photo or the bragging rights to be able to say “I’ve been there”?
It is time we give up on this obsession and diversify what we understand by adventure and perhaps we can diversify our over-visited bucket lists too. If we could widen the lens that travel is projected through then perhaps in the future, we won’t all be packed into the same destinations. Instead, we’ll be treasuring each wonderfully individual experience and each individual journey. With this, we will not only have unique pictures and experiences to show but will also contribute to conserving the environment and community of the places we travel. 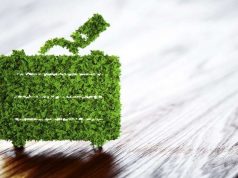