Samsung India has inaugurated a new campus with six new classrooms at the Kembodi Government School in Karnataka’s Kolar district. This will help the school scale up to accommodate up to 300 students, up from 156 students earlier. So far, students from three different classes were forced to sit in the same classroom for want of space.

A Memorandum of Understanding was signed between Samsung R&D Institute, Bangalore (SRI-B) and the Department of Education, Government of Karnataka for the construction of the new campus at the school in February 2018. The new campus has six classrooms and a new administrative block with the necessary school furniture. This building also has a power backup, rain water harvesting facility and a RO+UV water filter for students. The school, which was established in 1931, will now offer curriculum in both Kannada and English medium from Class I to Class VIII. 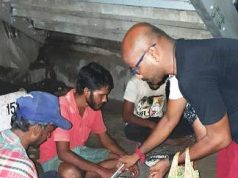