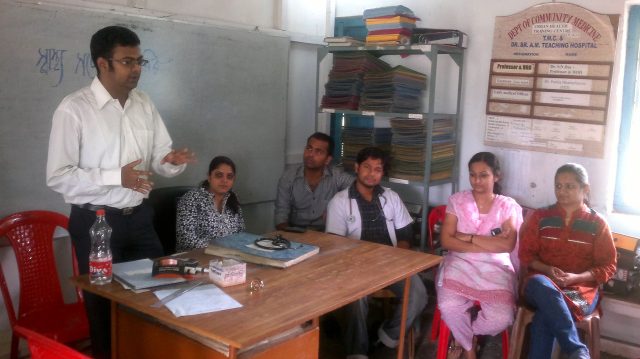 A health study was jointly conducted by Indian Council of Medical Research and Public Health Foundation of India and Institute for Health Metrics and Evaluation titled the India State-level Disease Burden Initiative. It is done over the time period of 1990 and 2016. This report details the extent of diseases across the country and risk factors present in each state that cause them. As reported by livemint, the report states that the life expectancy rate in India has improved significantly, but the disease burden expressed as the number of years lost due to ill-health, disability or early death—it was nine-fold for diarrhoeal diseases and tuberculosis, and seven-fold for lower respiratory infections in 2016.

According to the report, six out of ten Indians die due to non-communicable diseases, for example heart attacks or tumors. There is a significant amount of premature deaths caused by child and maternal malnutrition and tuberculosis.

The Sample Registration Survey of India gives basic information like infant mortality rate, birth and death rate, neonatal and prenatal health across India. This report, however, provides a comprehensive set of facts that are aimed at helping the government and the policy makers with a country-wide database. The health programs launched by the country, especially in the rural areas have not been producing the desired results. The possible reasons for this were lack of infrastructure and auditing the implementation. Large sums of money were released for each project. Health is one of the largest sectors for investment in CSR spending. Then why is it that India is not able to lift its health status.

Reports such as these help in pinpointing where the problem really lies. In order to make informed decisions about how best to allocate resources, policymakers need to understand the relative harm caused by different health problems across time, geography, age, and sex. These findings have been produced by the India State-level Disease Burden Initiative as part of the Global Burden of Disease study collaboration, utilising all available data identified through an extensive effort involving over 200 leading health scientists and policymakers in India from about 100 institutions. The generation of these estimates and their interpretation have benefited from the insights of domain experts through an intensive collaborative process over two years. The specific state-level findings presented in this report could serve as important tools for the data-driven and decentralised health planning, and for the tracking of subnational disease burden in India.

Thank you for reading the story until the very end. We appreciate the time you have given us. In addition, your thoughts and inputs will genuinely make a difference to us. Please do drop a line and help us do better.

How can CSR Funds Help Build the Rural Health Infrastructure in India for COVID and Beyond?