Cinema has had a tremendous influence on the people of India. This makes its content, stories and the portrayal of characters in cinema of utmost importance. While the Indian film fraternity has started to understand its responsibility and has come out with films addressing social issues, the portrayal of LGBTQ characters in Bollywood films is rather misguided.

Stereotyping characters from the LGBTQ community in Bollywood films has done little to reduce the confusion, phobia or overall negative sentiment towards the community.

The 2003 hit film Kal Ho Na Ho starring Shah Rukh Khan and Saif Ali Khan had comic sequences that made suggestive references to the duo being in a relationship, in front of the house maid who keeps reacting like a homophobe. This did nothing but strengthen homophobia and ridicule gay rights.

Ajay Devgan and Abhishek Bachchan starrer Bol Bachchan reinforced the stereotype of gay men being effeminate. Rishi Kapoor’s character of a gay professor in Student of the Year was another misrepresentation.

Movies where transgender people are shown as either begging or flirting with straight men, or suggesting that they are always thinking about sex, has increased the stigma around transgenders in the audience.

Deepa Mehta’s Fire (1996) was among the first few films in Indian cinema that dealt with lesbianism. The film was bold and certainly questioned a lot of patriarchal norms. However it was criticised for giving the impression that women turn into lesbians after having failed heterosexual relationships. The movie Girlfriend starring Isha Koppikar and Amrita Arora also misrepresented a lesbian character (Isha has a dark past and so becomes a violent lesbian).

There are movies like Fashion, Page 3, Margarita with a Straw, Bombay Talkies and My Brother… Nikhil which have touched on the LGBTQ community realistically. But the serious nature of these films has not done much to show a clear picture of their lives to an average person, who already has several misconceptions about the community.

We need more light-hearted films like Kapoor and Sons, which have less complex gay and lesbian characters who are confident about their choices and their persona. This would be a step forward in reducing the awkwardness people have with LGBTQ community members, and remove the stigma around the community.

This piece is part of a series on the LGBTQ movement in India. 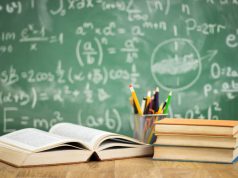