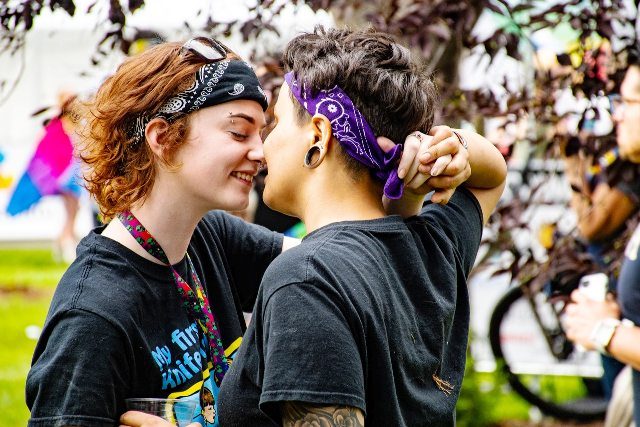 Their causes receive less funding than the gay community. This is because most nations have scaled up HIV prevention programming for gay and bisexual men. A 2016 income survey by Prudential found that heterosexual men have the highest incomes, followed by gay men, heterosexual women and then lesbian women, making them the least paid in four categories.

On the other hand, society plays the same trick to convince everyone else of its ideas. That a woman becomes lesbian out of hatred or anger towards men. It is a woman’s way of breaking the symmetry of the society, but this is more questionable than convincing. Rich raised questions about those “women who continue to pursue relationships with oppressive and/or emotionally unsatisfying men.” The double-assault on lesbian orientation is a marker of the oppressive nature of a patriarchal society and its stubbornness to silent anything that is not in tune with it.

A man, even when he does not have society’s approval, at least has economic freedom. He is economically independent to control his world. But for a woman, who is economically bound, and already under societal wrath for being “the other”, it is beyond the bounds of possibility to act according to her lesbian orientation.

The main difference between the experiences of a lesbian person and a gay person in India is the childhood disadvantages, social restrictions, and forced economic dependency of women. The rights of lesbian women are an important demand that needs to be fulfilled to establish equality in society.

This is the first in a series on the LGBTQ community.

Self Defence Workshop for the LGBTQIA+ Communities