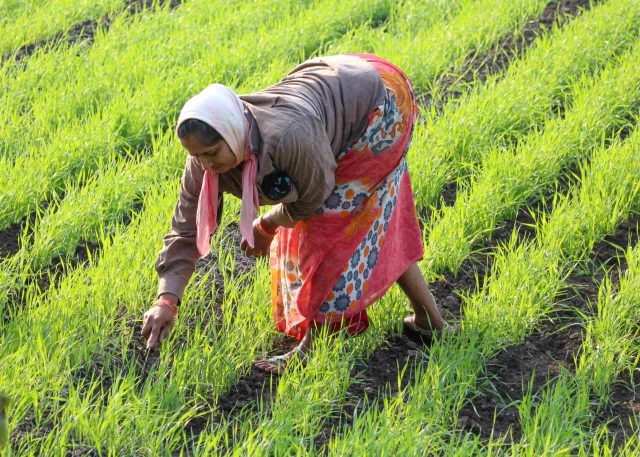 Climate change has caused a lot of draughts and unseasonal rainfalls in several parts of the country. Especially in the western state of Gujarat in India, after the earthquake in 2001, the unseasonal rains caused floods in several places, and then droughts hit the state in summer with no water available. This situation caused major impact to farmers.

The soil in the arid regions of Gujarat has high salinity. This creates an impermeable layer on the top during the rainfalls causes water logging in the fields. Standing water on top of soil further increases the salinity of soil, making it unsuitable for farming. Every year, 29 million acres of land is lost to dessert. In this land about 20 million tons of grain could have been grown. People whose livelihood depend on the land, often feel helpless and migrate to cities to look for work. In fact, according to the United Nations Convention to Combat Desertification (UNCCD), 135 million people could lose their homes and livelihoods to desertification by 2030.

In order to help these farmers in crisis and keep them from losing their livelihoods, Biplab Ketan Paul, the director of Naireeta Services, innovated a water harvesting technique called Bhungroo. Bhungroo is a Gujarati word which means straw. In this technique, a pipe with 4-6 inch diameter is inserted into the soil at places where the water is logged. This injects all the excess rainwater underground and stores it there for later use in dry months. This water can be pulled out using pump when needed. The underground reservoir can hold up to 40 million litres of water.

After their success in Gujarat, Naireeta Services joined hands with several entities to replicate the technology in different parts of the country. The organisation has transformed 40,000 acres of barren or disaster affected farms and installed the technology in farms across Gujarat, Jharkhand, Bundelkhand, UP, Karnataka, Andra Pradesh and Bihar.

The price of Bhungroo has been subsidised under Nation Rural Livelihoods Mission. Thus, for a person under poverty line, the Bhungroo is installed free of cost, where as for others, the price is a subsidised rate of 5000 rupees.