According to a recent survey, 13% of 1.5 crore women who opt for abortion to terminate their pregnancy, lose their lives every year.

Executive Director of Population Foundation of India, Poonam Muttreja, who works in the field of women’s interest and family planning, said that this information was provided by the International Institute of Gutmaker and the Indian Institute of Population Sciences in a report submitted to the government.

“A paucity of knowledge of family planning and ignorance is the main reason for these deaths. To prevent such deaths, an extensive work across the country is needed,” she added.

But now the figures of the government and other organisations are the same. According to them, 1.5 crore women get abortion every year, out of which 13%, i.e. about 20 lakh women, die. This figure incorporates cases of illegal abortions made to conceal crime

According to the first official figures, only six lakh women had abortion recorded every year, while the figure of non-governmental organisations was 10 million.

“From the developed countries like the US to the under-developed African countries, the situation is critical due to lack of awareness and knowledge of the family planning,” she pointed out. “Awareness can reduce death by more than 50% annually,” said Muttreja.

Referring to the hygiene campaign, she said, “If the campaign starts with primary health centres, then half the diseases can be reduced. Apart from this, we have to work on social awareness too.”

Arun Nair, who works with Marie Stopes International (MSI), said, “There are challenges in the way of introducing the slogan of “Child by Choice not by Chance” and the role of women in family is important.”

The MSI has been working in the field of family planning in 13 districts of Rajasthan since 2008. “It would be better, if more private hospitals and NGOs are pooled in by the government. Although the government is doing its best,” he opined.

But on the contrary, an RTI query has revealed that for the first time in this decade, the number of abortions in Mumbai has fallen. But are abortions on the decline in the country as a whole?

“Going by the data that we have from the Ministry of Health and Family Welfare (MoHFW), the trend has shown an increase in abortions,” says Poonam Muttreja, Executive Director, PFI. MoHFW data shows that despite a general declining trend in the mid-2000s, there was an uptick in the last few years for which data was available.

Another set of data comes from women themselves, through household surveys. Based on this data, nationally, the abortion rate — the number of abortions for every 100 pregnancies — has been on the decline. While data on abortion from the latest round of the National Family Health Survey is not yet available, data from the District Level Health Survey shows that abortion rates declined in most states in the period between 2007-08 and 2012-13.

Nationally, in 2014, 1.7% of all pregnancies in rural areas and 3.1% in urban areas resulted in an abortion, according to the National Sample Survey Office. This is a globally low number; the United States, for instance, has an abortion rate that is close to 15%.

Abortion remains highly restricted in India. The governing law, the Medical Termination of Pregnancy Act (1971), permits abortions before 12 weeks of pregnancy by a registered medical practitioner or before 20 weeks of pregnancy with the approval of two registered medical practitioners, but only if the mother or child’s mental or physical health is in danger. A slightly more liberal amendment is under consideration, but still does not allow abortion if the woman simply wishes to terminate the pregnancy. Only last week, an HIV positive rape survivor was denied an abortion by the Supreme Court in India because she was 26 weeks pregnant, having lost crucial weeks to the legal process.

13% of married women still report an unmet need for contraception according to the latest National Family Health Survey, and female sterilisation remains the overwhelming mode of contraception in India. 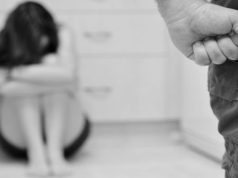 Marriage Over Consent- Is It Your Only Option? 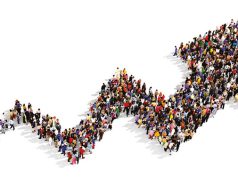 Planned or Unplanned Family- Which One Is Yours?