Children face a high degree of risk while commuting to and from school due to poor road planning, limited enforcement and poor traffic behaviour. According to data provided by the Ministry of Roads Transport and Highways (MoRTH), over 11,000 children below the age of 18 were killed in road crashes in 2019 in India. This translates to over 30 deaths daily, with a 7.4% contribution to the total road crash deaths.

SaveLIFE Foundation in collaboration with Mercedes-Benz Research and Development India (MBRDI) today announced findings from its new study titled ‘National Study on Safe Commute to School’. The study reviews the existing status of school transport together with bringing out the challenges and areas of improvement.

The study conducted after the outbreak of the COVID-19 pandemic, analyses responses from 11,845 respondents, including 5,711 children (of classes 6-12) and 6,134 parents (with children in classes 1-12) across 14 cities in India with the intent of gathering insights across age-groups and geographies to inform how we can improve the road safety of children while they commute to school. The cities surveyed include Ahmedabad, Bengaluru, Bhopal, Chennai, Delhi, Jaipur, Jamshedpur, Kanpur, Kolkata, Lucknow, Mumbai, Patna, Pune, and Vijayawada.

“Safety is a seminal part of the Mercedes-Benz’s philosophy. At MBRDI, our endeavour is to create awareness in making the roads safer for everyone in our community. With our global initiative MobileKids, which has been running for four years now here in India, shows our commitment to enhance road safety for children and thus provide valuable educational work,” said Manu Saale, Managing Director and CEO, MBRDI. “The findings from this study show unequivocally the raising need for road safety in the country. We hope that this study will help all stakeholders further extend our vision of zero casualties to all modes of road transport,” he added.

As per this study, 47% of the surveyed respondents using school transport admitted to their school vehicles not being equipped with seat belts. Additionally, 34% of the respondents using two-wheelers surveyed had not ensured their child/ they were wearing a helmet while commuting via two-wheelers. It also emerged that a worrying 30% of children witnessed a crash during their commute to school, while 6% of them were themselves involved in a road crash or a near-miss situation during their commute to and from school. This finding is significant given over 30 children lose their lives on India’s roads every day. Additionally, more than half of the parents surveyed stated that school authorities took no action on the safety concerns reported to the school authorities. These issues included overcrowding in school vehicles, congestion near the school, and over-speeding by drivers in the school zone.

The study also highlighted gaps in the safety standards of school zones too. 47% of the surveyed respondents whose child/who cycled to school reported no cycling paths en route or even around the school. 30% of those whose child/who walked to school reported missing footpaths around the school zone. It has been observed that adherence to guidelines among private transport users is lower than school-provided transport. The study has proposed some programs to build awareness among parents to equip them to ensure that schools adhere to safety norms.

SaveLIFE Foundation Founder & CEO, Piyush Tewari, said, “As of date, over 25 states and Union Territories have announced the reopening of schools. While there is a vaccine for COVID, the vaccine for child deaths on our roads is really our collective action. Our findings through this report have once again emphasised that the right to a safe commute to school is as important as the right to education itself. A comprehensive national and state school transport safety policy can ensure that.” 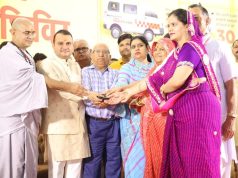 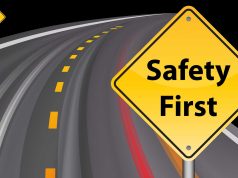