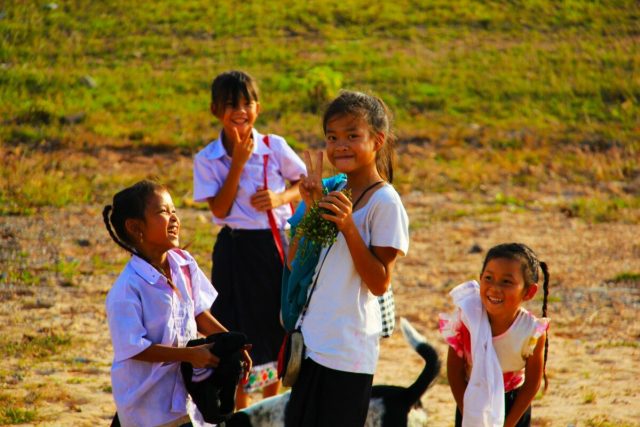 Organic farming is gaining a lot of mileage in recent years considering the damage caused because of the chemical fertilisers. The depleting quality of the soil and water, combined with the harmful effects on the environment and health of producers and consumers, the farmers across the world are showing more and more interest in natural methods of farming.

Climate change, irregular rainfalls and lower yields have caused the younger generation to move away from the vocation of agriculture. The sector, which was a predominant contributor to the country’s economy a few decades ago has severely suffered because of this. This is why the government and other organisations are making an effort to encourage more youth to pursue agriculture as a profession.

Taking a major step towards establishing a connection with nature and organic farming at tender ages, Insight Walk, a Maharashtra based NGO, are guiding 80 school children in the Dhakale and Golivane villages of Kolhapur Maharashtra to practice organic farming in the community centre in the village. The schoolgoing children aged 6-14 are cultivating flowers, vegetables and fruits by using natural farming methods and are taking care of the plants regularly. The children perform activities from tilling to planting the seeds and making bio manure on their own after their school hours.

Addressing the woes of the village people, the co-founder of the NGO, Subodh Jain has remarked while speaking to The Better India, that the farmers of the area suffered loses because of the loss of land due to displacement. This, in turn, has severely crippled them, forcing many to leave farming and become daily wage labourer jobs instead. The rural economy, as well as the overall health of the villagers, started to deplete because of this.

With the help of the organisation and guidance of the senior citizens in the village, the children adopted the ancient natural methods of farming and started producing food which gets used in their school for preparing mid-day meals.

On facing failures in the form of infestations and loss of crops, the children, albeit a little disheartened, did not turn to the chemical way of farming. This was at a time when rural parts of Kolhapur were dealing with the fear of cancer, which was spreading like an epidemic with patients in almost every single family.

“Transforming the collective mindset of a community is not an easy task. So, the children divided themselves into various teams based on their interest. While the team inclined towards journalism went out into the field to spread awareness via words, another team interested in science and innovation worked on perfecting various methods to perfect their defence against environmental challenges. The art team created a graphic book, painted walls with Warli illustrations and also stitched an 8 ft long fabric detailing their organic farming journey. Many also composed and performed songs and street plays to spread awareness,” said Mr Jain.

With this unusual move, the children have succeeded in not only creating an impact in the village but also in teaching their elders and parents a lesson of adopting a sustainable lifestyle.