As quoted by Pope Francis, “a community which even excludes one member is no community at all.” In India, the disabled individuals account for 2.21% of the total population at 2.68 crores. Social inclusion is a belief that echoes respecting and acknowledging every citizen, where people feel worthy and can voice their opinions. And most importantly people are not isolated nor treated as a burden to the society.

A nation can only be thriving when its entire people can equally take part in the nation-building process.  This can be achieved when we take a step forward to create an inclusive society, where everyone including people with disability (PwDs) are treated alike with equal opportunities and pay. One of the most famous Scientists Stephen Hawking was diagnosed with a rare form of motor neuron disease at the age of 22. Despite all the hurdles, he did not stop and reached the peak of his career while being in a wheelchair and communicating through a synthetic voice.

It is no hidden fact that people with disabilities still face a lot of discrimination. Blindness creates a cycle of illiteracy, poverty and social exclusion for blind children, making them one of the most vulnerable groups in the world. A small number of them receive any kind of education. Sightsavers supports inclusive education to ensure that children who are blind or visually impaired are included in mainstream education.

Several initiatives by the State governments have been made towards the betterment of disabled people’s daily lives. Public transport services like Metro and the airports are fully equipped to ease the travel of people with disability and to ensure their safety. Several NGOs cater to the needs of children with disability and help them develop skills that enable them to overcome any impediments owing to their disabilities.

India was one of the first countries to have signed and ratified the United Nations Convention on the Rights of Persons with Disabilities (UNCRPD) and also one that has agreed to fulfil Sustainable Development Goals (SDG’s).  Accessibility is an important and inalienable principle of the UNCRPD. In 2014, the new government got elected and launched ‘Accessible India’ campaign wherein they have selected a few cities which were to be made fully accessible for people with disabilities.

In the meantime, the Rights of Persons with Disabilities Act, 2016 was passed by Indian parliament which for the first time in Indian legal history has defined ‘public building’ and ‘public service and facility’ to include many privately owned places and services/facilities that are widely meant for public use.  On the ground, some good work is being carried out in the area of accessibility but unfortunately, this is not adequate and is mostly concentrated in urban or semi-urban areas.  In order to make accessibility a way of life, a lot still needs to be done both at the policy level as well as at the level of improving the ground situation. What is needed is a drive to create an Equal World, where people with a disability don’t feel an iota of discrimination. 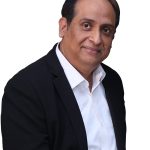 RN Mohanty is the CEO of Sightsavers India. Mr Mohanty is well known and honoured by his associates and peers for his futuristic decision-making capacity and a good sense of judgment, essential for a leader at the helm of affairs. Over the years, he has had experience of working on diverse issues like the environment, health, nutrition, HIV/AIDS, livelihood, education, disability and eye health. 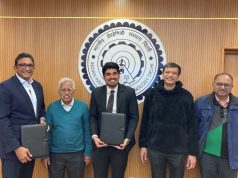 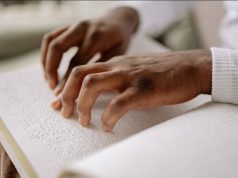 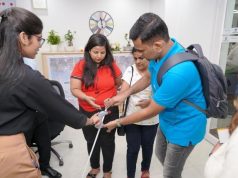