Agriculture has been blamed for one of the major contributors to climate change. Considering the fact that it is responsible for around third of the greenhouse emissions, and for soil erosion in several parts of the world, it demands a major change. Sustainable agriculture is no more an option, but a necessity.

An initiative known as the Sustainable India Finance Facility (SIFF), being rolled out in the state of Andhra Pradesh has been working towards bringing out the much-needed change in the sector. The SIFF is an agreement between the state government, the United Nations Environment Programme (UNEP) and BNP Paribas, and is designed to bring zero budget natural farming (ZBNF) to India’s seventh largest state.

The project involves a loan of $2.3bn through SIFF in order to help scale up the scheme that is expected to impact about six million farmers. The initiative with an aim to bring a long-term change over 10 years, is modelled on a similar agreement, the Tropical Landscape Finance Facility (TLFF), that was introduced in Indonesia at the end of 2016, and has helped to bring new levels of sustainability to some of the country’s huge rubber plantations.

SIFF was officially launched in June 2018. It is estimated to see over eight million hectares switch from conventional synthetic chemical agriculture to ZBNF. So far, over 500,000 farmers have moved on to the scheme, and by 2024 it is hoped that all the state’s farmers will be working the land with nature in mind.

Instead of relying on expensive inputs such as fertilisers and pesticides, ZBNF uses a system of bio-inoculations based on readily available cow dung and urine. This helps naturally build up nutrients and microbes in the soil, which in turn promotes growth. The term “zero budget” refers to the zero net cost of production, with farmers’ income improving the less they spend on inputs.

Other regenerative farming methods include mulching, which reduces the need for watering; soil aeration; and planting a variety of crops to improve the soil’s nutrient balance. Chemical pesticides are also being replaced with natural solutions such as neem, chilli or simple insect-trapping tools like sticky paper.

According to SIFF, the trials have shown that maize and cotton output grew by 10%, groundnut, chilli and black gram by more than 20% and ragi by 40%. Apart from this, the crop also showed signs of climate resilience by withstanding the onslaught of a 100kmph cyclone far better than conventional ones.

UNEP has mentioned that the finance would be cost-neutral to the state government because currently, it spends $1bn in fertiliser subsidies. Once the loan is paid off, the state will save £1bn a year in perpetuity. ZBNF is also creating social capital by establishing farmers’ federations and self-help groups, while over 30,000 head farmers – 90% of them women – are working as ZBNF ambassadors, and helping other farmers make the switch.

The Indian states of Karnataka and Himachal Pradesh are also now introducing ZBNF, and UNEP ultimately hopes that Andhra Pradesh will also provide an agricultural blueprint that can be adapted to other areas of the world. 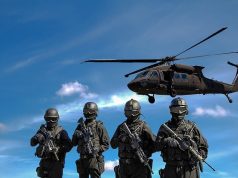