In a tribal district in Madhya Pradesh, toddlers are branded with hot iron rods to treat malnutrition. The tradition has been going on for generations.

42 per cent of Umaria’s land is under forest cover, and over 80 per cent of its population is rural. The district has been under influence of treatments by quacks who brand the children with an iron rod in a practice called ‘Daagna’ to treat them with malnutrition. In order to remove this inhuman practice, IAS officer Swarochish Somavanshi who assumed the Collector’s post in Umaria launched Operation Sanjeevani in the district.

Sanjeevani was a three-tier approach, the first of which was regulatory. If any family was seen to be branding their children with hot irons, the authorities would file an FIR against them.

Simultaneously, the awareness programs in various villages were started to explain how the villagers have hospitals at their disposal to treat their malnourished kids. The very last step was to reward the villages who will show absolutely no cases of iron branding.

The initiative has been instrumental in reaching out to 50,000 children in Umaria so far, 673 of whom have the dagna marks. But Sanjeevani has already started showing results and villagers are bringing their children to the Nutrition Rehabilitation Centres (NRC) nearest to them.

One such NRC that had close to 100 malnourished children was fighting to protect the children from the extreme heatwave that Madhya Pradesh is still witnessing. Heat opens burn patients to infections which could become fatal. In order to protect the patients from this, Somavanshi realised that air conditioning is required in the hospital. While his initial plan was to arrange for new air conditioners for the hospital, he realised that this would take time and would place the lives of the children in danger. Thus, the officer sent the ACs from his office to install them in the hospitals in order to protect the lives of the children.

This deed of their Collector’s did not go unnoticed by the staff as they came forward to donate their one week’s salary to the children’s hospital amounting to Rs. 5 lakh!

This piece is part of a series for celebrating the applaud-worthy contributions by the bureaucrats and civil servants of India. 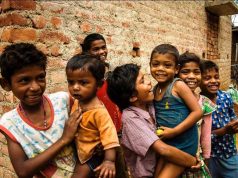 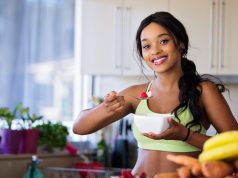