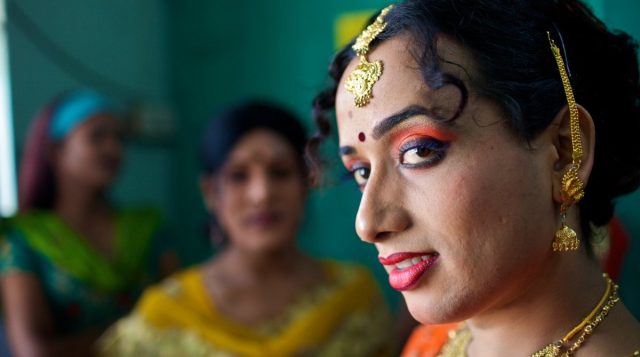 India acknowledged its transgender population for the first time in 2011 census. According to the census data, 4.9 lakh transgender individuals were registered officially. However, only 28,341 of them are registered to vote.

According to the census, the literacy rate among transgender individuals is 46% which is very low compared to the overall literacy rate of 74%. This is because these individuals often end up dropping out of the school because of the discrimination and the harassment they face. This makes them vulnerable to the competitive world. They often end up working at the lowest of the hierarchy or in the sex business. Even if certain transgender individuals are educated, they do not secure well paying jobs because of discrimination.

Pakistan, in a historic move for the benefit of this repressed community, has passed The Transgender Person’s (protection of rights) act. According to this law, any discrimination against transgender people by employers and business owners is banned. The harassment faced by them at public places and homes is also outlawed. According to this bill, people are allowed to choose their own gender on official documents.

In the recent elections in Pakistan, it was announced that at least 13 transgender persons will contest general elections. Two of them were to contest for national assembly and the rest for provincial assembly seats. The announcement was organised by All Pakistan Transgender Election Network (APTEN) in collaboration with the Election Commission of Pakistan (ECP), as reported by The Express Tribune. For the first time, the election commission of Pakistan had also appointed transgender persons as the ‘observers’. The move was made applaud worthy for empowering the transgender community who face harassment on regular basis in the country.

However, according to IANS, in Lahore, transgender people were not allowed to cast their votes and the observers were barred from entering the polling booths. The community has informed the poll panel of the provincial police’s behaviour and are awaiting action. Also, of the 13 transgender candidates who had filed their nominations for elections, 9 were forced to drop out due to lack of funds.

Elections, their results, and their victories are just a part of democracy. Surely elections are the time when all the citizens participate, and if they don’t they should. However, in order to bring gender inclusiveness and fighting for rights of every human, it is important for everyone to participate all the time and consider elections as benchmarks to measure how far they have come since the last one.