All the talk of the perils of social media aside, there is goodness to be found on it, once in a blue moon. Those good stories, few and far between, are driven by people owning up to their citizen social responsibility in the most unexpected places. One such is the little #BabaKaDhaba food stall in south Delhi where the latest surprise tale began last night.

The story began with a tweet and a heartfelt video post on Instagram. It ended up being the happiest news of the week, driven by social media and responsible citizens and celebrities.

Here’s a backgrounder. An elderly couple has been making a small but comfortable living selling delicious homecooked food from a little kiosk they call #BabaKaDhaba in Malviya Nagar. Kanta Prasad and Badami Devi are nearly 80 years old. They have been eking out a living this way for the last three decades. They make just enough in one day for their daily expense and groceries for the next day.

However, the pandemic-induced lockdown and social distancing had forced their dhaba shut. Even after the Unlock in Delhi, they had barely a trickle of hungry customers since people are shying away from street food in the midst of COVID-19. They aren’t making enough to even get through the day.

Food blogger Gaurav Vasan posted a live video at #BabaKaDhaba yesterday. In the video, Kanta Prasad gives the senior couple’s daily routine which begins with an early cookout at 6.30 am. When the food blogger asked him how much he makes in a day, the man broke down and showed him his meagre earnings. He had made a mere Rs. 50 that day and started crying. The food blogger requested people to start patronising the stall and within hours the post went viral. It has more than 15 lakh views on Instagram.

Netizens showed the sweet old couple a lot of love. Baba Ka Dhaba had an outpouring of visitors. Many social media users offered financial help. A number of celebrities started retweeting the video, requesting people in that neighbourhood to visit the stall. Bollywood celebs like Randeep Hooda, Sonam Kapoor and Suniel Shetty urged netizens to eat there. AAP MLA Somnath Bharti visited the couple and then tweeted:

“Visited “Baba Ka Dhaba” n hv done d needful to bring SMILE on their faces as promised. Will take care of them n I am starting a drive 2 take care of similarly placed people.”

Kanta Prasad thanked people for the outpouring of love and support in another video doing the rounds. He makes another valid point: there are many more street food makers like him out there who could do with more footfall.

However, all is not hunky dory in this story. The latest is that the supposed do-gooder who shot the viral video may have swindled the elderly couple. Kanta Prasad has filed a police complaint against “influencer” Gaurav Wasan for scamming him of money he deserves. The baba of Baba ka Dhaba says that Wasan collected huge sums of money from donors on his behalf but did not share any details of the donations with him. Youtuber and Instagrammer Wasan gave out his friends and family members bank details to people who wanted to help the eatery owner, and amassed a lot of money through various payment methods. No FIR has been registered yet. 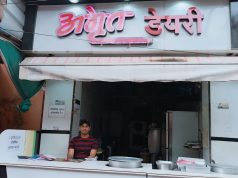 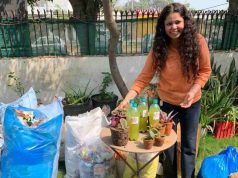 Jalandhar’s Meenal Verma is inspiring all to ‘go zero waste’ 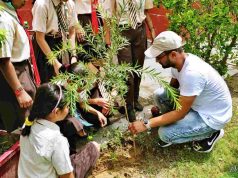 Meet the Haryana boy who plants saplings in schools