The National Family Health Survey-4 noted a remarkable change in the country’s health scenario. It states that throughout the country, children within the age of 12-23 months have been fully immunised for BCG, measles and 3 doses of polio each. There was an increase in the coverage of vaccines for DPT (diphtheria, pertussis, and tetanus) by 18%, from the last health survey in 2005-06. The improvement in statistics is very significant and should be accredited to the government and corporate projects regarding child welfare. Only in 2015, CRY had claimed that 11 lakh infants in the country die due to immunisation gaps. And the NHFS-4, for 2015-16 states that the entire country has been covered.

The reasons reported for why children couldn’t get vaccinated were manifold. There was a lack of awareness among mothers and families to get the vaccines at the advised age or the harms of not getting them. There were many government awareness camps organised, especially in the rural areas. But little results came from that. Another major issue was the distance of the rural areas from the health centres and the unavailability of qualified doctors there.The vaccination cycles of the children were left incomplete due to rapid migration of families.

The smallest unit of the health infrastructure is the sub-centres, that is closest to the rural areas. Many of the sub-centres were still under construction until last year. The Rural Health Statistics report 2016 also states that the sub-centres are very poorly equipped. The government has run schemes like Anganwadi, Accredited Social Health Workers (ASHA) and Auxiliary Nursing Midwife, along with little assistance from government health infrastructure. Child welfare has attracted a lot of CSR funds from big corporate houses. Glenmark Foundation’s flagship CSR project ‘Kavach’ which promotes the health of mothers and children up to five years of age. Max India Foundation and Ultra Tech Cement also have immunisation as one of their prime projects for CSR.

These projects help in increasing awareness about vaccination and there is a dire need for that. A very important part of the problem, however, was on the infrastructure and personnel end. The government reports are at odds with each other since the Rural Health Statistics states the poor condition of the infrastructure and dearth of qualified doctors. Yet, the NFHS-4 claims to have covered every child pan India for immunisation. If the problem is indeed solved, it is a noteworthy feat achieved by the government. However, if it is not, the statistics are misleading. Government’s monitoring methods for its policies and their implementation on ground are taken to be the most credible sources of information to understand where the country stands. However, there are glaring discrepancies in the numbers, which need to be cross-checked because accuracy is key for policy formation. 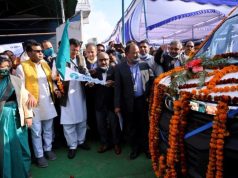 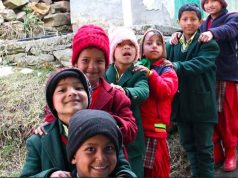 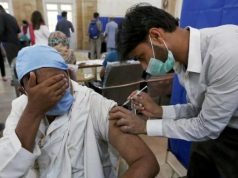