Radhika Apte is back, as Netflix would have everyone know. But women are celebrating her reappearance for other reasons.

Watch any Indian crime drama streaming online. There is so much blood and gore on overt display, the entire screen goes red. Yet when it comes to sanitary napkin advertising, the colour of blood has been blue ever since I can remember. TV commercials, print ads, hoardings and digital campaigns have no qualms co-opting women’s bodies in various states of undress for attracting eyeballs but when it comes to depicting menstruation as it truly is, why do they cringe?

Going by the storyline of ads for sanitary pads, you’d think they are some sort of energy boosters. Morose teenage girls start cycling; depressed young women jump around for no reason after using the napkin advertised. In a funny and telling scene from Amazon Prime show Family Man, the protagonist’s son Atharv says exactly this while squeezing a pack of pads in the supermarket. “Kuch bhi bolta hai yeh ladka,” is the father’s expected response. The stigma attached to menstruation is too much for his middle-class sensibilities to tell Atharv the facts of the monthly cycle every girl goes through after hitting puberty. His daughter, on the other hand, would rather explain the biological process to him and questions her father’s prudishness.

Radhika Apte on the colour of blood

Sanitary pad ads are guilty of bleeding blue for God knows how many decades, rather than call a spade a spade. The blood spilling out of guts, gushing forth from bullet wounds, splattered in crime scenes onscreen is bright red, without exception. Then why should menstrual blood be blue? Millennial cinema’s poster girl Radhika Apte latest ad is breaking this stereotype. Nobel Hygiene cast the gutsy actress in the TVC for its sanitary napkin, Rio.

“By now, everyone knows what a sanitary napkin ad is going to be like. Same old white pants, girls running and hopping around, and that same old blue liquid! I mean, we’ve had enough. It’s 2020! I do not see the issue of showing actual blood. Blood in a fight sequence in a film is fine but not for periods?

If this ad can start even a single conversation, then that is a win for all the unheard voices. If we can remove even an iota of stigma around periods via this ad and encourage people to accept it as a normal and natural phenomenon then it will be a big win for us all. Period.”

The campaign also seeks to educate the audience on the pains of heavy flow and its main causes being PCOD and early onset of menopause, create solidarity among women facing it by letting them know they are not alone and encouraging them to talk about it. Rio has already taken up a raw and real approach with their Digital Audios released with #TheBloodySecrets. The same tone is carried forward in the TVC with Radhika calling Heavy Flow, for what it is. The striking imagery brings out the problems of heavy flow without mincing any words.

Rio’s own qualitative and quantitative research re-affirmed this view and threw light on the pain and the ostracization that women face because of it across different strata of society.

The stigma around periods won’t go away unless we see more bold moves like this. 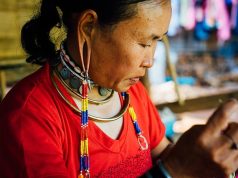 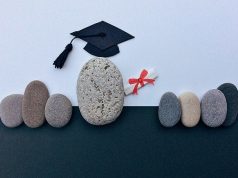 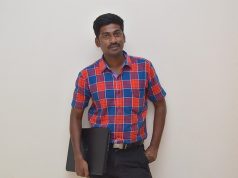 Preventing COVID-19 Vaccine Nationalism Will Save the World