Ingestion of bulk drugs by the rising demands in the global pharmaceutical markets has led to an exponential growth of the Indian manufacturers present in the healthcare industry. This makes one realise how well-being, fitness and everything related to health is becoming an increasing concern for people.

But how many of the people have access to the same and can afford to be fine? Maybe with better facilities and special yet proper treatment available, the richer section of the society is benefiting. But the gap in catering the immediacy of the health problem for the marginalised in India is widening every day. In fact, the nation is recognised as one of the lowest public health funding countries in the world, that spends the recorded lowest at 1%* (estimated) of its total GDP.

Being in the industry that devises viable solutions for effective care, I  believe, the facility as basic as healthcare, should not be the reason for an increasing death toll in the world. Even though as a nation, we have definitely come far in the doctor to population ratio, but the problem related to expenditure associated with the right cure is still persistent. This scenario has established itself not just primarily through private hospitals, who are charging profusely for a single treatment, but also because of public hospitals that have garnered a reputation of employing nonqualified doctors and ill-managed equipment.

The justification for the same comes from nothing but the concentration of world-class amenities majorly in the urban areas where the patients have higher paying power. This leaves a vast portion of the population unattended with untrained and inappropriately incentivised human resources.

The ray of hope, however, comes from apt attention given by the Indian medical education system. In tow with the government policies, they are now creating awareness regarding imperative unhygienic environment, inadequate sanitation systems and lack of clean drinking water.

Nevertheless, these shortcomings can be curbed if people willfully adopt practices of prevention – the basic precautions needed to maintain clean living conditions.  This prerequisite can hopefully eliminate the possible chances of various chronic and deadly diseases, spurting. But along with this, access to free drugs and better infrastructural facilities in medical healthcare centres, like that provided by Kaka-Ba Hospital, an initiative by Cadilla Pharmaceuticals, is also needed. Here, a thorough diagnosis and treatment to those who suffer ensure that no promises of well-being fall short.

A greater impact is created by a collaborative effort by a public-private partnership which enables sharing of resources, logistics and knowledge for better delivery of services at an affordable cost to poor marginalised rural populace.

With the application of breakthrough initiatives that include the introduction of several e-health and m-health schemes, fulfilled by the automation of knowledge, digital payments and identity, smart cards access to health services, incentivised health insurance, advanced genomics and energy technologies; the government and the private entities have already moved forward separately.

Forming allegiance and partnerships at the central level, availing proper healthcare at cheaper or more affordable rates without turning a patient’s life upside down, is easily doable with genuine efforts by collaboration. The outcome of such collaboration could lead to the manufacture and delivery of drugs at affordable costs, doorstep ingestion of them and global-standard yet affordable treatments. These together can bring about the revolutionary change required in the Indian healthcare industry.

This column is from our quarterly print magazine. To grab a copy, click here. 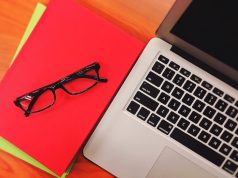 An Opportunity to Reform the Education System in India 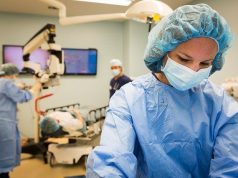