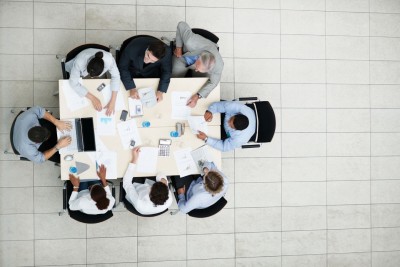 THE story of the handloom weavers of four villages of Banaras – Sarai Mohanna, Madanpura, Nevada and Gaura – has all the makings of a fairy tale with a very happy ending indeed. The village artisans who were living in inhumane conditions barely  managed meagre earnings of Rs 800 per month in spite of being exceptionally skilled in an 800-year-old traditional Indian craft of weaving Banarasi silk. The more enterprising weavers managed an earning of not more than Rs 2000 per month.

But that tale of woe took a brighter turn when one day, senior executives from the Taj Group of Hotels came up with the idea of using handloom saris as staff uniforms across all their luxury properties way back in 2008. It was a step that would be a shot in the arm for the handloom industry in Banaras, arguably saving them from near extinction. When Taj representatives first went to these villages, all they were asked for by the weavers was work and not money. But, before the work could have begun it was essential to make the work and living conditions humane.  It was at this juncture that the Group decided to take the whole project under their wp & Sustainability initiative by first supplying the weavers with the basic necessities – food, shelter, and water pumps. The aim of the project was to instill confidence in the villagers, give them work and return their dignity and pride in the work they had excelled in over centuries.

Given the frequent power cuts, solar-powered lights were installed in the weaver’s houses to enable them to work for longer hours. Infant and child nutrition programs were started to take care of malnutrition. The company initiated work with 25 master-weavers residing in these villages. And they also put into effect certain processes in order to eliminate middlemen to ensure a seamless transaction.

The Group claims that since 2010, there has been an exponential increase in the acquisition of artisanal and handloom weaver’s works for their use. From generating business worth Rs. 27 lakh in 2010, they touched Rs. 4.46 crore in March 2014. Handloom weaves alone accounted for Rs. 4.10 crore worth of merchandise out of which Banaras weaves account for approximately Rs. 2.14 crores. As a policy, the Taj Group of Hotels does not negotiate with the artisans. And in many cases, they work with the artisans to improve their pricing, design and also provide advance capital for implementing the work order. The Group ensures that there are no middlemen involved. It commissions the work and as soon as the weavers deliver they are paid by cheque into a bank account created especially for them. They are provided dyed silk yarns, looms and a clean and comfortable environment to work in by the Group.

Apart from buying merchandise for their own consumption the Group also promotes and facilitates sale of Banaras Handloom products through its in-house premium stores. ‘It gives us an immense sense of gratification and pride to see the spark back in the weavers. This initiative has also encouraged youngsters to come back to the field. The weavers have an innate sense of design and aesthetics. Only sometimes do we bring designers on board to contemporize the designs or advise on color combinations. Many of the saris you see here today have been copied from old family heirlooms. Ancient designs have been successfully revived and showcased through trunk shows in major cities,” says Sarita Hegde Roy, Chief Operating Officer, Taj Khazana.

Banaras has become the new flavor of the season and a lot of corporates have started focusing their wp initiatives on Banaras and its artisans. Recently, actress Priyanka Chopra also promised to promote the Indian Sari on international platforms. But all the efforts either by the Textile Ministry or packages by the Finance Ministry have not helped much. Some 200 weavers have committed suicide in last one decade; even today, thousands of Banaras Sari weavers are facing problems like low wages, health issues, power supply and stiff competition from Chinese fakes infiltrating the market. In such a situation only direct, focused and well monitored Corporate Social Responsibility programmes can achieve social and economic sustainability for our country’s talented but fast dwindling workforce of artisans. 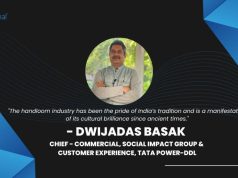 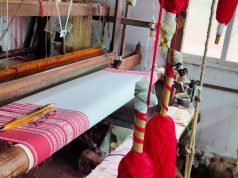