One person can change the world and Tulsi Gowda epitomizes this quote like no one else. Also known as “Encyclopedia of Forest” for her vast knowledge about various trees and plants, she has singlehandedly planted one lakh trees in Karnataka.

Tulasi Gowda was born in a poor tribal family and lost her father when she was only two. She had to work as a daily wage labourer along with her mother to support the family and hence received no formal education. But that has not deterred her from contributing to one of the noblest causes on planet earth. She was married off at an early age, but her husband passed away when she was quite young. Life has been pretty hard on her although that has never stopped her from contributing to the larger cause.

Greta Thunberg is celebrated all over the world for her speeches and fight against climate change, but our very own Tulsi Gowda, who stands for “real action” is not celebrated enough. She could inspire thousands of Indians and bring about a change at the grassroots level. Tulasi Gowda started her journey in the 60s when she was younger than Greta Thunberg by making this world a better place to live by planting one sapling after another. Recognition came pretty late, but the simple life she leads reinforces the fact that she never did it for the laurels.

Tulsi Gowda is 72 years old today but when people way younger than her fail to do anything to arrest the effects of climate change, she is still as busy as she was six decades ago. Every year she plants and nurtures thousands of trees and goes on about her deeds like no one’s watching.

On 26th January 2020, the Government of India conferred Tulasi Gowda with the prestigious Padma Shri, the fourth highest civilian award in the Republic of India on India’s 71st Republic Day.

Known as the ‘Encyclopedia of Forest’, Tulasi Gowda from Karnataka is a Tribal woman known for possessing endless knowledge of plants and herbs. She will be honoured with the Padma Shri Award for Social Work – Environment. #PeoplesPadma #PadmaAwards2020 pic.twitter.com/CCbOvkw0AO

Tulasi Gowda, also known as the Encyclopaedia of Forest, is one of the unsung heroes to have received the prestigious Padma Shri, the fourth highest civilian award presented by the Government of India. She is based in Honnalli village of Uttara Kannada district and lives a simple life. Her aim in life is to inspire the young generation to care for our forests. And she has walked the talk by contributing to this cause for her whole life! 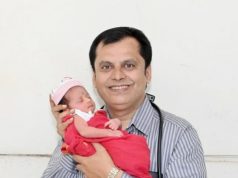 This Pune Doctor Delivers Female Babies at No Cost 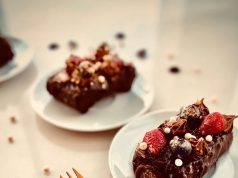 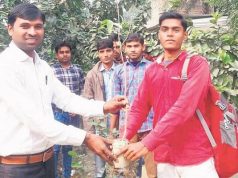 Green Pathshala: A Coaching Institute That Asks Planting Saplings as its Admission Fees