Bipasha Majumder shifted to the social sector after working in advertising and media for a decade. She loves traveling to the grassroot, talking to the communities, understanding.

It was one of those impromptu conversations you end up having with random strangers, something I so love about Mumbai city. We were in a café in Bandra deeply engrossed in our own discussions about the pros and cons of the development sector, when the group next to us introduced themselves as wp professionals from a healthcare foundation. They had overheard us talking about sanitation and wanted to share their experience.  With a high decibel thrust on Swachh Bharat Campaign, most wps are now spending some amount on Health and Sanitation projects. According to this gentleman, their foundation has helped build toilets in some urban and rural areas. However, he rued that due to the ‘attitude’ of people, most toilets have remained unused.

Much has been said about the importance of changing mindsets of people in order to stop open defecation. But for our country to be truly clean, it involves a lot more than simply building toilets and changing attitudes. In urban areas, due to the presence of a drainage system (though ineffective), building of toilets in areas accessible to all especially females and implementing a regulated system of maintenance can help solve some of the problems of open defecation. However, rural India is simply another story where morning ablution is not a just a routine but a process mired in socio-cultural and geographical complexes.

Though rural communities may not be aware of the connection between open defecation, diarrhea, diseases and malnutrition, they are not too comfortable defecating in a closed room so near to their homes and kitchens. Remember the outhouses in our grandparents’ homes which were scary to go to during the nights? Also cleaning and maintaining of toilet drainage pits or sanitation outside of homes is considered a job meant for the lower castes only, hence people would rather not use the toilets than clean the pits themselves. If over and above this, the pits are not of good quality or if the water table is high, then they end up polluting ground and well water defeating the very purpose of enhancing health and sanitation. Another critical aspect which wps and others often tend to miss is the question of availability of water especially in water scarce areas. Many villages still do not have easy access to drinking water; asking them to adapt to toilets which require water will never be successful.

Addressing the issue of sanitation therefore requires an understanding of these various issues and developing solutions which are socio-cultural and region specific. For example, design a system of pits which can either be connected to a bio-gas mechanism or turn the waste into compost which can then be used as fertilizers in fields or vegetable gardens; creating dry toilets similar to those in the villages of Ladakh or ecosan toilets where an easily removable container is used for storing dry waste and composting it for future use. This will not only enhance food and nutrition intake of families but cut across caste barriers associated with toilet wastes. However, these systems will also fail if the communities themselves are not involved in the decision making and change processes. Under National Rural Health Mission (NRHM), each village has a Village Health, Sanitation and Nutrition Committee (VHSNC) that facilitates activities concerning public health, nutrition and sanitation and is responsible for the preparation of Village Health Plans according to a given budget. To bring about a holistic change in the attitude of the communities and implement a functional and effective system of water, sanitation and health, it’s imperative to involve the VHSNC, build awareness and their capacities and implement changes in toilet usage, sanitation, and waste disposal and management through them.

As pointed out by Avinash Kumar, Director of Programs and Policy for Water Aid India, “Census 2011 found that almost 80% of the toilets estimated to be built under Total Sanitation Campaign between 2001 and 2011 were missing. Therefore, another round of money dumping on just toilet construction will not help. wps, of course, need to put money for the huge budget (Rs.200,000 crores) for rural sanitation alone. But this need to be pulled together under government proposed special purpose vehicles rather than just look at short term goals. wps can bring in technology for sustainable sanitation, they can use their expertise on consumer behavior to develop designs for mindset changes around sanitation and lastly wps has to recognize that like anything else, this is also a social process requiring time and investment.”

In one of my treks in the Sahyadris, there was this young trekker with a MBA degree and a big corporate job. While walking, he unwrapped a nutri-bar and casually threw the wrapper in the forest. As the organizer and a few of us pounced on him for the misdeed, he sheepishly acknowledged that it was sheer habit that made him do it. Habits die hard. For a cleaner India, the process of sanitation whether urban or rural, is still at a nascent stage and will require investment, dedicated work and a lot of patience to reach its promised goal.

Editor’s notes: You may also like to read Not Just Toilets Please 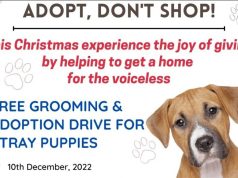 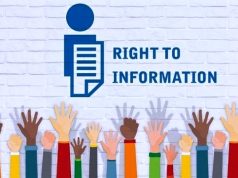