SHE wakes up very early, always has. The day begins at her worktable overlooking a huge mango tree, and greenery beyond. She covets the silence of the mornings. These are the best hours to think work and ideas through. The sights and sounds at daybreak are tenuous, calming. She goes for a long run.

This year she has received the Rolex Young Laureate, Science and Health Award. It has brought recognition, more work. The hours of morning solitude are getting shorter.

29-year-old Bangalore-based Neeti Kailas has designed a diagnostic device that screens hearing disability in newborns. To put her breakthrough innovation in perspective, every year one lakh babies are born in India with hearing impairment. Since it is only through hearing that speech develops, the deficiency damages development of speech, language and cognitive abilities.

Neeti calls her device Sohum. According to Vedic philosophy, it is the first sound a child hears from the universe, the sound of being accepted into this world. Our children are not so fortunate.

Screening for deafness is mandatory in the developed world. In India, it is not. Existing tests are expensive, not to mention, unavailable in most hospitals and health centres. Many parents don’t even know that their child is hearing impaired until she or he is four or five. By then it is too late.

Neeti has made Sohum portable, keeping healthcare voids of rural India in mind. General physicians and local health workers can carry the device into villages to examine newborns. Sohum is non-invasive and completely safe. It comes with a headband. It has an easy reading mechanism to make the test simple for health workers who are not always literate. Also, Sohum provides accurate detection in noisy environs such as our hospitals, unlike other hearing test methods that require soundproof cabins.

Following a clearance from the All India Institute of Medical Science (AIIMS), Sohum is being put through clinical tests. Meanwhile, Neeti’s mind is on the principle of the project. For the device to make impact, Sohum tests have to be very affordable, about Rs. 150 to Rs. 300.

[creativ_pullleft colour=”red” colour_custom=”” text=”Scale remains a challenge. The search is on for that passionate wp project or that socially committed investor who will step in.”]

Neeti is what you call a serial innovator. While studying in the hallowed premises of the National School of Design, NID, she had designed a bedpan for India’s crowded public hospitals, so that privacy and hygiene could be better maintained, and old and frail patients could escape cold, metallic, ill-fitting options. She was 19 then and couldn’t think of a way to make the product commercially viable. In a sort of a rebound, perhaps, she designed a portable ultrasound machine. Soon, she left for the US for a Masters in Industrial Design from the Art Center College of Design, California. After studying at INSEAD near Paris, in 2011, she joined Nestlé as a designer in Switzerland, and later worked with the company in the United States as a design strategist. Quite expectedly she was back, with an award-winning sustainable electric-hybrid scooter design, during her stint with the TVS Motor Company.

Neeti is a reputed design strategist. Sohum is a culmination of all her failures and successes. To make it available to public health care facilities, her company will be talking to the state governments. For the private sector, it wants targeted marketing with a suitable distribution partner. The company has formed strategic partnerships. It aims to find contract manufacturing at an ISO 13485 facility, and issue non-exclusive licenses to distribute inside and outside India.

Scale remains a challenge. The search is on for that passionate wp project or that socially committed investor who will step in.

Another morning is nigh. Another day in the journey of Sohum. Another idea in Neeti’s mind waiting to be born. Another lucky break for a very persistent thief, who has yet again stolen most mangoes from the tree Neeti’s desk overlooks.

This space brings you stories about the biggest and the best in the realm of grassroots innovations, and how they can change the face of wp. Write in to deepaadhikari@pipilikaenviro.in or editor@thewpjournal.in for business queries, clarifications and feedback 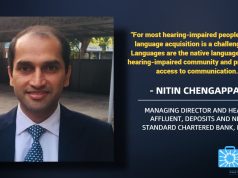