Home CATEGORIES Health & Sanitation Struggling To Maintain A “pH 12” Balance
SHARE
Facebook
Twitter
The dire poverty in our country makes necessity the mother of invention. In a country where 59.2% of the population lives on less than Rs 150 a day, rural households cannot afford expensive menstrual products such as sanitary napkins. To make do with easily available and cheap material has become a way of life for them.

At my visit to the International Development Foundation (IDF), addressing this concern at the earliest was extremely imperative. They have 171 Bal gurukuls across the country in cities and far fledged places making the reach easier. IDF recognizes the need to provide basic education in and outside the classroom. With illiterate parents and who send children for odd jobs to supplement family income, an all round development for the child is overlooked.

To tackle it, a recent program named ‘pH 12’ has been launched by IDF to address this drawback in India. The focus initially will be on Bal gurukuls which are run in schools/ orphanages/ girls home/ destitute homes etc. Each girl uses an average of 12-15 pads per month, which annually amounts to 150 pads to 180 pads approximately.  pH12 will provide low cost pads, which do not have absorbent material or chemicals. There is also vocal guidance provided to the child and her family to sensitize them towards menstrual hygiene instead of disregarding the issues.

When adolescent girls gain puberty, in several remote parts of the nation, instead of educating her, talking about it is considered a taboo, which leaves them with several doubts. This behavior makes her believe that it is a ‘problem’ and something ‘dirty.’ The notion of impurity adds to the stigma she faces every month. It has been documented that from India’s 355 million, 88 percent of menstruating women have no access to sanitary pads. To a large extent this has adverse effects on the maternal health.  Women in rural India use sand, ashes and straw instead of sanitary pads making them extremely prone to infections and also cancer.

According to the Forbes Marshall survey, which looked at sanitation as a whole, almost 23 percent of girls drop out of school when they start menstruating. In some places, as many as 66 percent of girls skip school during this time and one-third of them eventually drop out. Although the government takes some initiatives in rural areas, it is still inadequate.

Currently, in Telangana, AP, IDF under the pH 12 program will focus on 15 Bal gurukulswhere an estimate of 1210 girls will be provided with pads. The girls will be handed a pack of 12 by the person incharge, which can be carried in her bag for the next 5 days.

“Women lack information about menstruation including access to menstrual products, private places to wash and bathe and sanitary mechanisms for disposing menstrual waste. We are firm and yet enthusiastic on the ‘pH 12’, initiative. With a monetary support of only Rs 500 annually from an individual, an adolescent girl is assisted and aided with a new perspective on her strengths and abilities instead of being constrained by cultural barriers. Once we are able to bring about a change in this mindset, we can equip our women with the means to experience comfortable, dignified, and healthy periods,” says Dr.Narayan Iyer, CEO, Indian Development Foundation as he signs off and finds the next stop to make a difference. 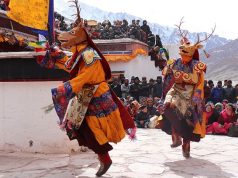