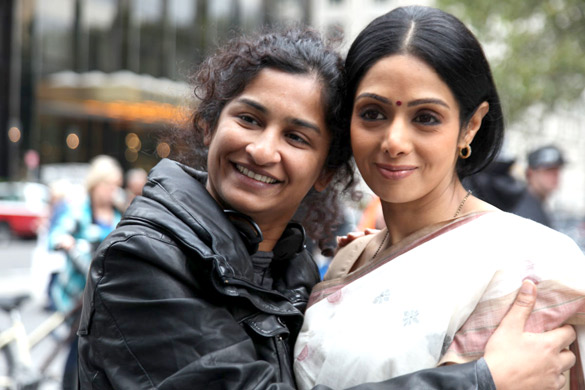 Every woman is like a goddess. She has a capacity to give endless love but also fight and even kill for her honor, love and respect. But a smart woman is one who does that all while inspiring others. She does it with pride and grace while not taking undue advantage of her gender. She fights the inequality in the society in a way that does not create war, but still does its work.

This International Women’s Day, The CSR Journal is honoring Late Sridevi for being the epitome of that smart woman and inspiring millions of others. We are celebrating her achievements and thanking her for her contribution to the Indian cinema.

Sridevi has been known as the first female superstar of the Indian Cinema. She has contributed largely by performing in nearly 300 films in Hindi, Tamil, Telugu, Malayalam and Kannada languages. The Padma Shri winning actress was an inspiration throughout her life for every woman wanting to fulfill her dreams.

Sridevi known for her unconventional roles and characters in her films, was one of the highest paid actresses. In 1980s, her fees were not as high as the Bollywood’s most iconic men, but she surely reduced the gap. At times when heroines were supposed to be epitomes of soft mellow beauties and virtue, Sridevi emerged as a confident fire cracker with her funny antics in films like Mr. India, angry and bullish action sequences in Chaalbaaz and outrageous sex appeal in her dance sequences.

Sridevi has often struck cheerful poses in outrageous costumes and over the top make up, with poise and grace. This has always suggested that it was okay to be weird and ridiculous rather than prim and proper. Her roles have always brought out feminism and freedom of expression. Her exuding body confidence and expressions always turned the tables, turning her into a hero, in the scenes that were supposed to objectify her.

With her sudden untimely demise, Sridevi has shocked the nation and broken many hearts in the process. She will always be remembered for her work, for her characters, for the revolution she brought in the film industry with the roles that she played, and with the contributions she made to the society through her films.