Household Air Pollution is one of India’s most devastating killers, claiming more lives each year than HIV, Malaria and TB combined, according to World Health Organisation (WHO) figures. This amounts to 1 million premature deaths in India and more than 4 million globally.

Around the world, 3 billion people cook over open fires or on rudimentary stoves. The cooking fuels used by 40% of humanity are wood, charcoal, animal dung, crop residues, and coal. As these burn, often inside homes or in areas with limited ventilation, they release plumes of smoke and soot liable for 4.3 million premature deaths each year. Traditional cooking practices also produce 2 to 5% of annual greenhouse gas emissions worldwide.

Smokeless Cookstove Revolution (SCR) is a project saving lives by teaching rural villagers how to make clean burning chulhas without any cost. It has the ambitious target of saving over 1 million lives in the coming 10 years. Nitisha Agrawal, a Mumbai resident quit her lucrative corporate career to pursue work in the development sector. She has gone into the field numerous times with this project since late last year, and having seen the impact it can have, she is now dedicating all her passion to this cause.

The idea started when Australian inventor Russell Collins was experimenting with clay as a material for his stoves in Ladakh. He was working on a social enterprise called Himalayan Rocket Stove in the mountains when he realised that he couldn’t get the high-tech materials he needed to make his stoves work.

After searching for a local solution, he came up with a way of using clay that changed its nature from being heat absorbing to heat repelling. This made it possible to make clay tubes for his commercial stoves, and in the process, came to realise that he had stumbled on a simple and incredibly affordable way to make smokeless chulhas (cookstoves) using well established ‘rocket stove’ technology. He decided to start a not for-profit project in parallel with his commercial stove venture, and called it the ‘Smokeless Cookstove Revolution’.

Based on case studies of fuel consumption along with the efficiency ratings of rocket stoves, Russell estimates that each ‘rocket stove’ chulha will reduce the demand for fuel by at least 50%, if not more. This reduces the impact on precious forest resources as well as the time spent gathering fuel. Reduced need for fuel frees up time and hardship for village women and children who tend to do most of the foraging for wood.

Rocket stoves, when designed well, burn cleanly and emit little in the way of noxious fumes. Using far less fuel than a traditional chulha and being much less polluting with the wood they do burn, a Smokeless Chulha is a breath of fresh air for the choked homes and hearths of the nearly these 3 billion people still using traditional cooking methods around the world.

Some of his staff has been trained in the methods who are working to taking the work into remote regions that are desperate in need of this technology. As they decided to try raising funds in India using crowd funding, the team is set to leave for Bundlekhand district in Uttar Pradesh for a grueling workshop schedule.

At present, using their own resources to prove the viability of the project, the SCR team has impacted the lives of over 500 families. 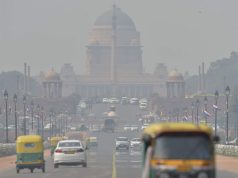 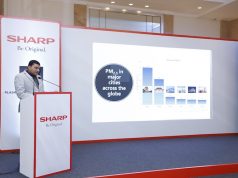 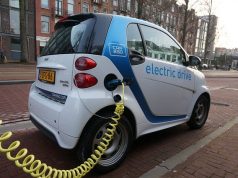