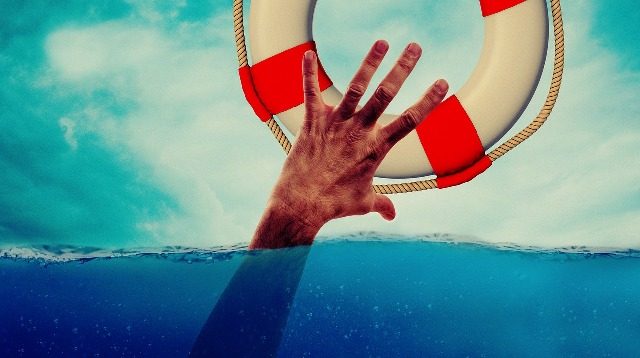 A 90-minute drive from Delhi lies Birondi Chakrasenpur village in Dadri block of Uttar Pradesh’s Gautam Buddha Nagar district. The government-run secondary school in the village is as plush as any private institution – its well-maintained classrooms bursting with students, a melange of colour on their walls, plenty of drinking water available, a clean toilet block, a library and science laboratories.

On a parent-teacher meeting day, students have confidently showcased their science projects in the school’s long verandah. A Class V student, for instance, proudly displays a solar cooker he built.

This is one of the schools funded by the Gurgaon-headquartered SRF Foundation, CSR arm of SRF Ltd. “All the schools in Dadri block have been adopted by different corporate houses, such as HCL, Jubilant, Paytm, IndiGo, Power Grid and DLF, among others,” says Vinay Prakash Singh, District Coordinator for CSR and the Midday Meal Scheme.

In a first for any country, India’s new Companies Act passed in 2014 laid down that all companies with a net worth of INR 500 crore, or revenues exceeding Rs 1,000 crore, or net profit over INR 5 crore, should spend 2 per cent of their average profit over the last three years on CSR programmes.

As a result, such spending, formerly confined only to large, socially conscious companies, has been increasing at a compound annual growth rate (CAGR) of 16 per cent, and amounted to INR 10,132 crore in 2017/18. This has led to companies setting up CSR departments and formalising CSR processes, unlike the ad hoc manner in which these programmes were conducted earlier.

Five years after it became law, however, some shortcomings of the Act are also visible. One is unequal distribution of CSR funds – not all areas of the country are benefitting to the same extent. Since the Act decrees that companies “shall give preference to the local area”, the more industrialised parts of the country are cornering the larger share.

The “2 per cent of net profit” rule also makes implementation difficult since CSR allocations have to be planned early, well before the year ends, when the actual net profit is still unknown. “In case the company doesn’t make the profits as projected, it might affect the smooth functioning of its CSR programme. Moreover, in case there are surplus CSR funds those, too, cannot be carried forward to the next year,” says the CSR head of a Gurgaon-based company, requesting anonymity. “As a result, I’ve not found any company with a five-year CSR plan.”

No wonder companies prefer to make contributions to existing welfare programmes of the government – where all they need is to write out a yearly cheque – rather than start projects of their own or work through non-governmental organisations (NGOs), which need long-term planning.

In 2015/16, the highest CSR spend in a single domain was on the government’s Swachh Bharat Abhiyan, which got Rs 1,011 crore. In 2017/18, CSR contribution to the Prime Minister’s Relief Fund rose 142 per cent over the previous year to Rs 172.43 crore, while the Namami Gange (Clean Ganga) programme got another substantial Rs 80 crore.

The CSR should rightfully be included in the entire gamut of a company’s practices, including its business dealings, and impact on the communities and environment amid which it works. The current CSR rules, however, impose no such obligation on a company.

“CSR should not be thought of as an expense but an investment where social, environmental, human rights and consumer concerns are integrated in the business operations,” says Clement Chauvet, Chief, Skills and Business Development, UNDP.

Take the case of corporate giant Vedanta that has an admirable CSR record, having spent nearly 10 per cent of its average profit of the last three years on CSR activities in 2017/18. Yet, one of its companies, Sterlite Copper Smelter in Tuticorin, Tamil Nadu, has been charged with misreporting to the Tamil Nadu Pollution Control Board the ambient air quality around the plant 35 per cent to 55 per cent of the time across 2017 and 2018, according to the RTI findings by the Anti-Sterlite Individuals’s Movement.

The local community has been agitating against the air pollution the company is causing. The law allows companies to shrug off their responsibility to the environment or how they treat their employees by thinking of CSR as an expense.

Some maintain that by linking CSR to profit, the Act has actually reduced the responsibility of manufacturing companies. “Large manufacturing companies, while setting up a unit in any area, would anyway start schools and hospitals there if there weren’t any, and look into health, education and sanitation issues,” says CSR expert Vikas Goswami. “It was not only for altruistic reasons, but also to create an ecosystem to attract and retain local labour. Now they have to wait till they start making profits.”

The CSR rules, however, clarify that if a company profits in any way from an activity, its funding cannot be classified as CSR spend – it cannot hire people it skills or distribute its own products in underserved areas and call it CSR.

“The rule was laid down in good faith to prevent companies from benefitting themselves from CSR activity,” says Chauvet. But it also means, for example, IKEA’s Social Entrepreneurs initiative, by which it partners with organisations that employ local artisans – it has two such in India – and market their products, thereby creating jobs and improving lives, would not qualify as CSR activity under the Act.

As a result, these kinds of strategic investments are infrequent in India, even though it has a vibrant culture of collectives and self-help groups.

Political and bureaucratic pressure on companies on where and how to allocate CSR funds is also growing. “Every time a senior executive of our company meets a chief minister, he is asked about where the company is doing CSR work,” says another company’s CSR head, on condition of anonymity. “We are often directed to spend the money in the chief minister’s constituency, or else on a newly launched government scheme.”

The district collectors, too, sometimes seek to influence companies with manufacturing units in their region. In 2017/18, for instance, CSR funds totalling Rs 164 crore were donated for building the Statue of Unity in Gujarat as against Rs 125 crore in all of Chandigarh.

The CSR spending unfortunately has become another tax-like expense, which has to be properly accounted for in the company’s annual report and balance sheet each year, thus increasing the compliance burden. Balance sheets have to be audited, and auditors can sometimes be a hindrance.

Human development isn’t the same as engineering or construction where everything can be accounted for,” says Goswami. “If there is any discrepancy between the amounts allocated and actually spent, justifying it to auditors – who are often unaware of the ground realities of development – becomes difficult. Rigour in costing and auditing is necessary, but there should be better means of satisfying the auditor on the one hand and meeting the needs of development on the other.

It often leads CSR heads of companies to take decisions based not on what is best for the project, but on what will satisfy the auditors.

Compliance is equally a problem for many of the NGOs seeking CSR funds. The smaller ones, in particular, often do not follow professional management practices even when they are doing significant grassroots work.

“Most CSR funds go to big and well-known NGOs, which are growing much faster than before, while small and mid-sized NGOs, which often work in difficult, remote areas, struggle to raise funds,” says Srikrishna Sridhar Murthy, CEO of consulting firm Sattva.

Some of the smaller NGOs even find it difficult to frame their project proposals the way companies require so as to be able to raise CSR grants to support their work. Above all, companies seek the setting and achieving of targets.

“Companies giving CSR grants often ask us to set ourselves quarterly targets, as grants are annual in nature, which can be a problem if we are also talking about empowerment other than just tangible outputs like toilets constructed or irrigation schemes,” says Avijit Choudhury, Integrator of Professional Assistance for Development Action.

“It takes at least five years to bring about any transformational change. It can take longer if the project is in a remote location. Sometimes it takes a year just to build rapport with the community.”

“Outcome” is a key metric for companies, which creates problems of the sort faced by Azad Foundation, an NGO which trains women drivers. Companies it has sought money from are willing to fund according to the number of women who successfully finish the programme, not by the number who enrol.

“How can the NGO have control over the number of women who drop out, especially when their life is filled with multiple challenges,” says Shrinivas Rao, COO, Azad Foundation. “These women come from impoverished backgrounds which sometimes makes it difficult for them to continue.”

He notes that providing training is the easy part of his work; far more tough is getting women out of their homes. “A lot of intervention is needed to change mindsets, get buy-ins from husbands and the community. We have to build creches for their children and give them psychological support to deal with family pressure. But companies only see through the prism of ‘outcomes’, and don’t want to help in building the enabling ecosystem.”

Most companies prefer to invest CSR funds in areas where outcomes can be easily measured, such as health and education – according to PRIME Database, 38 per cent of CSR funds so far have gone into education and another 25 per cent into health care.

It is even safer to donate to government programmes, where outcomes are no longer the companies’ concern. The Swachh Bharat Abhiyan, for instance, intended to end open defecation, continues to find much corporate favour, even though a joint study by the Research Institute for Compassionate Economics and the Centre for Policy Research’s Accountability Initiative found that nearly a quarter of people in the heartland states of UP, Bihar, MP and Rajasthan, whose homes have toilets, continue to defecate in the open. The toilets, lacking adequate water supply, were either kept locked or used as storehouses.

“But the moment we seek funds for anything mildly controversial, such as combating domestic violence or street harassment, they tend to become wary.”

Organisations that confront the government on any issue have little hope of raising CSR funds at all. “Compliance to national priorities becomes the focus,” says Namrata Rana, Director, Strategy and Brand, Futurescape – a customer experience company.

The scale of projects taken up and numbers impacted also matters. “Companies don’t invest in areas where they can’t show significant impact in their annual reports,” she adds. But some kind of developmental work, such as supporting domestic violence victims or those with debilitating diseases, often cannot be done on a large scale by a single agency. The impact of the work also may not be immediately apparent and visible as it requires unwavering long-term commitment.

No doubt utilisation of CSR funds needs to improve – around INR 1,743 crore remains unused so far. But there can be no doubt of its need in coming years, more so because the foreign grants many NGOs used to receive are drying up.

Developed countries are reducing funding of overseas development projects, while Indian government, too, tightened the Foreign Contribution (Regulation) Act through an amendment in 2015. The total flow of foreign funds dropped from INR 15,299 crore in FY2014/15 to INR 6,499 crore in FY16/17.

Overall, better dialogue is needed between the corporate and social sectors so that both can influence and learn from each other. Open data platforms are needed to encourage sharing of information and stories, and make social responsibility dialogue an ongoing process.

Deeper problems need to be confronted and resolved. “We can feed the poor, but we also need to solve the problem of poverty,” says Rana of Futurescape.