Sometimes, all one needs is a nudge at the right moment to find greatness. The tales of success are often wreathed around that one string of support, which helps an individual blossom into her optimum capacity. Such is the story of Kusum, Rajini and Mamata Saket, three 16-year-olds, who found their life’s calling in athletics and now consider the sport an adjunct to their identity. It was in 2016 that the three girls, studying in a government school in the Singrauli district of Madhya Pradesh, found out about the Rural Sports Meet being held at NTPC Vindhyachal.

Hailing from households of humble means, with their parents earning a living as daily-wage labourers, the girls tip-toed around the idea of participating in the sports meet. With unsure steps, they made their way to the Ambedkar Stadium in the NTPC Vindhyachal township—located in Singrauli district in Madhya Pradesh—to attend the meet, which witnessed participation from 24 government schools. Recognising the grit and determination which reflected in their performance, NTPC Vindhyachal—India’s largest power plant—selected the three girls, along with 67 other students to attend the Athletics Coaching Camp, and there was no looking back!

Taken in by the thrill of athletics, the girls attended the coaching camp, organised by NTPC Vindhyachal year after year, to work on their skills and polish the finer points of the sport. Practicing under the guidance of expert coaches hailing from National Institute of Sports and Singrauli District Athletic Association for three years, the girls left no stone unturned in their efforts. Unfazed by hurdles, the girls persevered, Kusum, Rajini and Mamata Saket practised day and night and devoted themselves to the sport.

NTPC Vindhyachal functioned as the invisible hand supporting the girls in their pursuit of excellence, right from taking care of the nutritional needs of the budding sportswomen and providing them with the right gear, to facilitating their ease of movement by getting them bicycles.

The girls, who once hesitated in stepping outside their comfort zone, have now toured across the country to participated in a slew of district, state, regional and national level Athletics competitions. Kusum Saket has a total of 17 Golds, 4 Silvers and 1 Bronze to her credit. She bagged 2 Golds and 1 Silver in the Regional Athletics Competitions organised for the states of Madhya Pradesh and Chhattisgarh by the Vidya Bharti Akhil Bhartiya Shiksha Sansthan, affiliated with the School Games Federation of India (SGFI). She also bagged 5 Golds in the state level Athletics competition.

“There is nothing quite as fulfilling as running as fast as my feet can carry me, with the wind whispering in my ear, and my lungs aching to draw another breath as I test my body’s limits. I love competing in the championships, and to see my parents’ and teachers’ eyes well up with pride is the most gratifying feeling in the world,” said Rajini.

The girls performed exceedingly well academically too by securing first division in their Class X Board exams. They earnestly strive to balance their hours of practice on the field with an equal number of hours with their noses buried in their books. Owing to their stellar performance on the field and their outstanding academic record, NTPC Vindhyachal secured admissions for the girls in Saraswati Shishu Mandir School and is sponsoring their education. NTPC Vindhyachal endeavours to be the stoic pillar of support that the girls can rely on for manifesting their dreams of making Madhya Pradesh’s Singrauli district a shining spot on the Indian map. Their progress should give you a glimpse of what sports CSR can achieve in our nation. 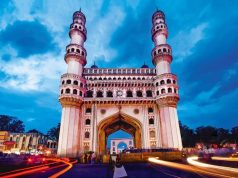 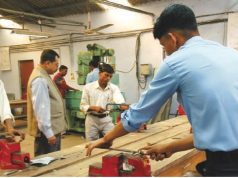