The Paris Agreement of 2015 was accompanied by nationally determined contribution (NDC) targets set by countries domestically and reported to the United Nations Framework Convention on Climate Change (UNFCCC) process.

However, time and again it has been proven that the NDCs submitted in 2015 are insufficient. Their cumulative effect, even if all that was committed was achieved, would still take us well past 2°C and near 3°C of warming by the end of the century.

In such a scenario, more drastic measures are required to combat climate change. And New Zealand is taking leadership in this. The country’s lawmakers have passed a “Zero Carbon” bill that it hopes will reduce its greenhouse gas emissions to a near-neutral level by 2050.

The legislation, which was supported on both sides of the political divide, mandates that in 40 years’ time, the country should produce no greenhouse gases, except methane, as part of the country’s efforts to meet its Paris climate accord commitments.

The bill has different regulations for methane emissions from animals versus other greenhouse gases, due to farming’s important role in bringing in foreign income. However, it still aims to cut 10% of biological methane by 2030, and up to 47% by 2050.

Prime Minister Jacinda Ardern said the countries are not moving fast enough when it comes to combating climate change. “We’re here because our world is warming. Undeniably it is warming,” Ardern said. “And so, therefore, the question for all of us is what side of history will we choose to sit on.”

The bill also establishes an independent Climate Change Commission to advise the government on how to achieve its targets and to produce “carbon budgets” every five years informing how many emissions will be allowed in that period.

The government has also pledged it will plant 1 billion trees over 10 years and ensure that the electricity grid runs entirely from renewable energy by 2035.

Commenting on the landmark decision, the country’s Climate change minister James Shaw said, “We’ve led the world before in nuclear disarmament and in votes for women, now we are leading again.”

To this, the Prime Minister made a remark that New Zealand was on the “right side of history”. 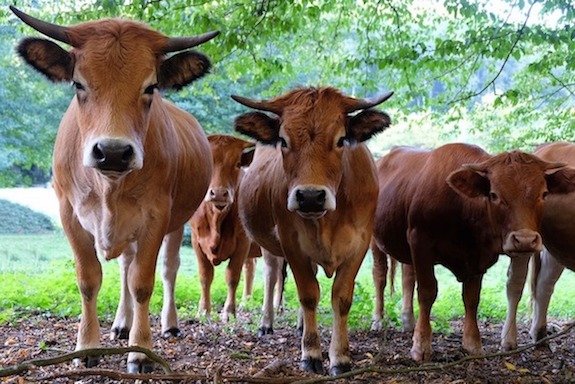 Climate change and the 75% problem

CSR: Climate Action at The Oscars

Art based workshop on Children's Day

Shramdaan by employees of IFCI

Artificial Intelligence in Agriculture in India

The Never-Ending Drama Behind Section 135 of the Companies Act