The long past and persistence of the practice of manual scavenging remain a big blot in our country. The efforts undertaken have unfortunately not provided the desired results. The advent of ‘Made in India’ robots capable of cleaning sewers and septic tanks provide a glimmer of hope of rooting out this abominable practice.

Manual Scavenging in India: A Picture of Revulsion

More than seven decades since India’s independence, one of the black marks that still rattle the ethical fibre of the country is the practice of manual scavenging. The abhorrent practice involves sanitation workers, mainly belonging to the lower castes, going down into manholes to unblock and clean the sewers or manually clean the septic tanks. They do so without any protective gear and come in contact with toxic gases.

The law has yielded little result in discontinuation of this inhuman practice. While the manual handling of excreta was banned in 1993 with the passage of the Employment of Manual Scavengers and Construction of Dry Latrines (Prohibition) Act, it was only in 2013 that cleaning of sewers and septic tanks was recognized as manual scavenging. The year saw the passage of the Prohibition of Employment as Manual Scavengers and Their Rehabilitation Act was passed.

Yet the practice persists. In 2018, an inter-ministerial task force put the number of people involved in manual scavenging at 53,236. This number was arrived at from just 121 of more than 600 districts in the country. The National Commission for Safai Karamcharis (NCSK), the statutory body that was set up by an Act of Parliament for the welfare of sanitation workers revealed in 2018 that on average one life was lost every five days while cleaning sewers and septic tanks. Many of them die from asphyxiation due to exposure to noxious gases. Numerous workers also contract skin diseases and tuberculosis.

As per the findings of the Tata Institute of Social Sciences, 80% of manual scavengers die before they reach the age of 60. In today’s context, they are under increased risk of contracting COVID-19 while performing this work.

For several decades, precious little was done to find a solution to this disconcerting problem and no lessons were drawn from other countries in this regard. For example, in Paris, giant balls smaller than sewer pipes are put into them and pushed using high water pressure to unlock the sewers.

There’s been a paucity of solutions in India until now. Taking cognizance of this fiendish practice, a few young techies have made it their purpose to fix the deficiency of traditional plumbing. They have developed robots to take over the role of sanitation workers. So now when a manhole worker removes the manhole cover, many of which have been incidentally exported to the USA, it would be to lower a robot who would unblock and clean the sewer pipe.

The most prominent invention in this space is Bandicoot, which is developed by Kerala-based GenRobotic Innovations Pvt Ltd. Founded in 2015 by a core team of four people, the company rolled out its first product in February 2018 in Kerala and so far has sold it in nine more states. The company has recently come up with an upgraded version, which comprises two main parts, namely, the stand unit and the robotic drone unit.

The control unit has a high definition display that receives inputs from the waterproof cameras. Another display facilitates other interactions such as checking the quantity of poisonous gas inside the manhole. A key feature is the sensor-based feedback system in the robotic unit that enables the user to detect the position of the robotic unit and direct it for cleaning effectively.

The company, which earlier this year won the Aarohan Social Innovation Awards 2019, has priced the advanced version called Bandicoot 2.0 at Rs. 32 lakh. The previous version was sold for Rs. 17 lakh. The improvements include lighter body weight, higher waste carrying capacity, and use of light and non-corrosive carbon fibre for durability.

Bengaluru-based Sanitor in association with M/s. Ajantha Technologies focuses on developing equipment to automate the sewer and septic tank cleaning work and eliminate the need for manual entry. It has developed Sewer Croc, the robotic arm for sewer cleaning.

Christened so because of its appearance and ability similar to a crocodile, it can swim the sewer pipes and clean them of silt and blockages. Attached with a hose, the robotic arm is sent inside the manhole to gush water at very high speeds to remove the silt. Once, the silt is removed, it is directed along the sewer line to the next manhole, where another tool called ‘Grabber’ is employed to capture the silt and bring it out. This is followed by a camera being sent inside to take the 360-degree images of the sewer pipes to verify that the silt has been removed.

A product targeted at cleaning septic tanks that cause the death of most sanitation workers is called the SEPoy Septic Tank Robot. It was invented by Dr. Prabhu Rajagopal, a professor from IIT Madras and his students from the Centre for Non-Destructive Evaluation. The electronically-powered and remote-controlled robot has 360-degree motion arm technology and high-velocity cutters. This enables the robot to cut through the thick layers of sludge that accumulate in the septic tanks. The robot has a camera attached to it, which enables the regulator to sit outside the manhole to operate it safely. It was reported that the lab trial for the project has been completed and it is expected to be commercially available in the near future.

Drona Automations. Pvt. Ltd., which is another Bengaluru based company has come up with Manhole Sewage Pipe Cleaning Robot-1. The company claims that the robot can operate in any manhole conditions. It detects the blockages in the sewer using a camera. The robot can enter and remove waste from the sewer pipe of any dimension ranging from 9 to 13 inches. The company claims that the portable robot can remove blockages such as bricks, stones, slurry, and so on and requires low-maintenance.

The development of the automation has provided a possibility of doing away with the scourge of manual scavenging in the country. Stakeholders such as Bezwada Wilson, convener of the Safai Karamchari Andolan, has repeatedly underlined the importance of rehabilitation along with mechanization. A slew of steps can help mainstream and catalyze the adoption of such technologies.

While it is necessary that municipal bodies set aside annual funds to adopt these technologies, given the limited budget, it might not be possible to attain the desired scale. In this scenario, companies as part of their corporate social responsibility (CSR) focus can provide some funds to start the process of mechanization in places of their choice.

Bharat Petroleum Corporation Limited Mumbai, Indian Oil Corporation Limited in Kumbakonam, and Guwahati and Raheja Corp in Hyderabad have already contributed CSR funds to purchase Bandicoot for these cities. A dedicated fund either by the private sector or the Government, or jointly dedicated to funding and scaling up of such technologies is highly recommendable.

Crowdfunding platforms such as Milaap and Fuel A Dream can be tapped by citizen bodies and voluntary associations for the dissemination of these technologies.

Ultimately, manual scavenging, a social problem, which has been rooted in the country for years, will need concerted, collective, and synced actions for the large-scale technological adoption as one of the significant components for its complete and perpetual eradication. 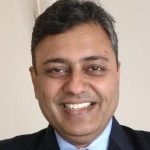 The author, Dheeraj Kapoor, is a social sector professional based in Mumbai 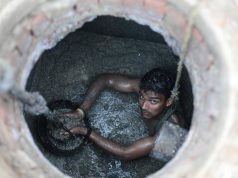