India has jumped 14 places to rank 63 on the World Bank’s ease of doing business ranking 2020. The country also figured among the top 10 performers on the list for the third time in a row.

This comes at a time when the economists, various national and international agencies are raising questions regarding the poor economic state of the country. In fact, Reserve Bank of India, World Bank and International Monetary Fund (IMF) have slashed the country’s growth forecast amid a slowdown in the global economy.

This welcome news does provide respite to the countrymen, especially considering the potential flow of foreign investment owing to the improved ranking in the index. Not only does this boost the morale of the youth of the country but also that of the government agencies who have been working hard towards improving the economic and employment situation in the country.

India was ranked 142nd among 190 nations in 2014. Four years of reform pushed up India’s rank to 100th in World Bank’s ‘Doing Business’ 2018 report. It was 130th in 2017 when it was ranked lower than Iran and Uganda. Last year, the country jumped 23 places to the 77th position on the back of reforms related to insolvency, taxation and other areas.

In its ‘Doing Business’ 2020 report, the World Bank commended the reform efforts undertaken by the country “given the size of India’s economy”. The report has distinctly recognised the role of Prime Minister Modi’s ‘Make in India’ campaign, focused on attracting foreign investment, boosting the private sector — manufacturing in particular — and enhancing the country’s overall competitiveness. The report also gave for the improved ranking to the successful implementation of Insolvency and Bankruptcy Code.

Hailing the achievement, NITI Aayog CEO Amitabh Kant has congratulated the Prime Minister on Twitter, for showing immense focus on making the country easy and simple.

Big Congratulations to PM @narendramodi for his immense focus on making #India easy & simple. India jumps up 14 positions in #WorldBank #EODB Only large country to jump 79 positions overall in last 4 years. It is now at 63 rank. Phenomenal achievement!Congrats #DPIIT ! Brilliant! 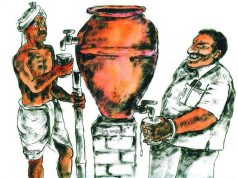 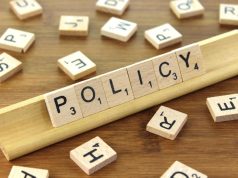