Of late, corporate social responsibility (CSR) and the broad concept of philanthropy have gained increased attention where businesses commit themselves to give back to society. The success of CSR projects depends on how well-coordinated they are. To increase the success of charity projects, companies should endeavor to involve their workers by encouraging them to volunteer in various ways.

The art of giving can be enforced within your company by making charity a corporate value and internal culture. Employees joining your company will be highly likely to adopt such a culture and commit themselves to live by it. Besides, businesses that have incorporated the culture of giving in their internal values stand a better chance of attracting employees that have a passion for philanthropy.

To win the hearts of your employees towards giving to charity, you should endeavor to allocate related responsibilities to workers who have a passion for CSR. Once you identify employees who are committed to serving society through charity, giving them an opportunity to organize and coordinate the fulfillment of the CSR projects cements their commitments.

Employees who have dedicated themselves to fulfilling charity projects that are organized internally by your company should be appreciated and recognized. Recognizing the top participants in philanthropy encourages more workers to show commitment to similar projects in the future. Such recognition can be in the form of giving workers certificates of participation or even branded attire that recognizes their philanthropic efforts.

Showing commitment right from the top

Employees are highly likely to follow suit the foundations laid within the workplace by the senior managers. The entire C-suit structure of your company, including the president, Chief Executive Officer, and other senior managers, should show commitment by attending CSR projects. Whereas such projects should not be made mandatory for other employees, the senior management will generally serve as a role model and encourage employee participation.

The last incentive that can attract your employees’ participation in charity projects is by making the projects fun. Creating teams that compete and win prizes during the project brings even the workers who have no passion for philanthropy on board. Pictures and videos of the event can also be published on the company’s social media platforms as a way of fronting the workers to the market and showing their dedication. 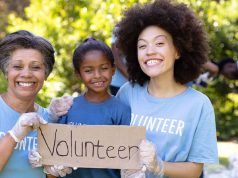