The demise of ITC Group Chairman Yogesh Chander Deveshwar (72) on May 11 has come as a big shock for the corporate sector. Deveshwar is credited with steering ITC through turbulent times and diversifying the group from a tobacco company to a hospitality, FMCG and IT conglomerate. His death will have far reaching impact on the firm.

A new study has found that the death of a company director triggers CEOs’ awareness of their own mortality, prompting them to re-prioritise their life with wide-reaching implications for the firm, according to international business school INSEAD.

“The death of a colleague is a reminder to everyone in the workplace of the vicariousness of life and the inevitability of their own demise,” Guoli Chen, INSEAD Associate Professor of Strategy says, adding, “Death awareness, or mortality salience, is especially impactful when the death is sudden or of a perceivably-similar individual because it reinforces the distressing insight that ‘it could have been me’.”

In his paper, That Could Have Been Me: Director Deaths, CEO Mortality Salience and Corporate Pro-social Behaviour (co-authored with Crossland, C., and Huang, S.), Chen provides evidence of a link between CEO mortality salience, triggered by the death of a board director at the same firm, and a subsequent increase in the firm’s corporate social responsibility including activities relating to community engagement, environmental opportunities, human rights, workforce diversity, employee relations and product safety and quality.

The research examined full data on CEO, director and governance characteristics from 89 public firms where a director had died in the years between 1990 and 2013. Information including that of asset growth and CSR activities were measured in the three to four years prior to and after the death, and the changes compared to those experienced by similar companies where no death had occurred.

As well as the increase in CSR, the study also found that the deaths of company directors were also associated with:

a) A decrease in CEOs’ public directorships

b) An increase in CEOs’ non-profit directorships

c) And a decrease in in firm assets growth

Drawing from studies in the field of thanatology – death, dying, and bereavement – the research provides evidence of the way death acts as a cognitive trigger for the CEO resulting in both withdrawal and generative behaviours. 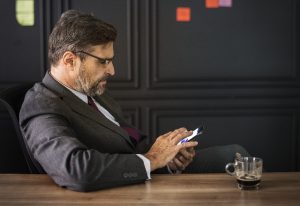 While traumatic, this period of grief can also be associated with a range of positive, self-transcendent cognitive responses which lead to generative behaviour.

A CEO may express a desire to better appreciate the time they have left; re-evaluate the nature and purpose of their careers; search for greater personal meaning; and investigate ways of making a more lasting contribution to society such as directing firm’s resources towards greater levels of CSR and other prosocial behaviour.

New tools to simplify the life of researchers amid COVID-19

What to Expect in India’s Scientific Social Responsibility (SSR) Policy 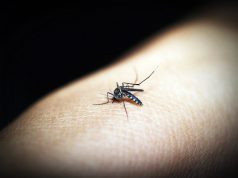