India is tagged as one of the fastest growing economies in recent years. Despite this, the country is lagging way behind in literacy rate. According to a report by the Digital Empowerment Foundation released in 2018, about 30 per cent of the population lags in basic literacy in the country. And about three times more people lag behind in digital literacy.

In order to bridge this digital literacy gap, the government of India launched the Digital India scheme in 2015. While these schemes are getting a lot of attention and are thus gaining momentum, but challenges persist in meeting the targets owing to the lack of infrastructure, crippling capacity constraints and insufficient funds.

In fact, India’s ministry of electronics and information technology (MeitY) said it needed more funds for the digital literacy programme to train around 60 million people in rural areas under the Pradhan Mantri Gramin Digital Saksharta Abhiyan (PMGDISHA), as reported by the Business Line newspaper.

Stepping up to participate in improving digital literacy in the country, Reliance Jio Infocomm, in partnership with Facebook, has launched a digital literacy programme for first-time internet users in India.

The literacy drive will be mostly limited to acquainting users with the telco’s Jio Phone. It will basically engage its users to help them learn about the features of the smartphone, use of various apps and internet safety through audio-visual training in 10 regional languages.

As part of the initiative, named Digital Udaan, Facebook will oversee content and its relevance to the target audience. The social media giant will also train individuals handling the initiative on behalf of Reliance Jio.

The Digital Udaan initiative has been launched in 200 cities and villages and is expected to reach around 7,000 other locations soon.

“The initiative will help eradicate barriers of information asymmetry and provide accessibility in real time. It is a programme for inclusive information, education, and entertainment, where no Indian will be left out of this digital drive,” Akash Ambani, director of Reliance Jio, has said in the release. 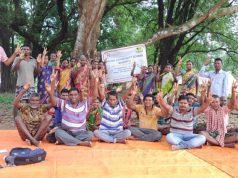 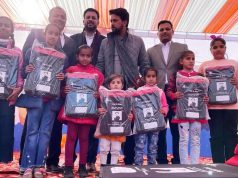 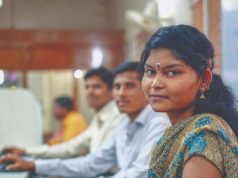