As part of our series on the LGBT community, today we are putting the spotlight on pansexuals. The term is back on the radar, after American singer Janelle Monae publicly came out as pansexual.

Whether in music videos, television, film or books, pansexuality features in popular culture now more than ever. Depending on which social group the term is being used in, pansexual can take on different meanings. But it is generally defined as someone who is attracted to other people regardless of their gender or sexual orientation. The prefix “pan” comes from an ancient Greek term meaning “all”.

Bisexuality is gender-specific. Pansexuality disregards gender as a whole and embraces the idea of the person, not their sex. Unlike bisexuals, pansexuals are attracted to not just men and women, but also transgendered, androgynous and gender-fluid people.

Beyond dualism (of male and female), there is a new plurality. Lisbeth Salander, the heroine of the Millennium trilogy by Swedish author Stieg Larsson, is one such. If it doesn’t ring a bell, the first book was adapted into the movie, The Girl With The Dragon Tattoo. Lisbeth looks androgynous, has a complicated romantic relationship with investigative journalist Mikael Blomkvist, and an on-again off-again romantic relationship with a beautiful lesbian, Miriam “Mimmi” Wu. Puzzled?

Like some sexual orientations, pansexuality is fluid. The definition may be different depending on the person. It could refer to someone open to a variety of sexual activities or one who displays his/her sexuality in many different ways. Hollywood legend Marlene Dietrich and Queen vocalist Freddie Mercury fall into the second category.

Ironically, provocative singer Miley Cyrus puts the whole thing into context. In a 2016 interview to Variety magazine, she said: “My whole life, I didn’t understand my own gender and my own sexuality. I always hated the word ‘bisexual,’ because that’s even putting me in a box. I don’t ever think about someone being a boy or someone being a girl. I think the LGBTQ alphabet could continue forever. But there’s a ‘P’ that should happen, for ‘pansexual.”

This piece is part of an ongoing series on LGBT rights.

This agrochemicals company is a first in going LGBT-friendly 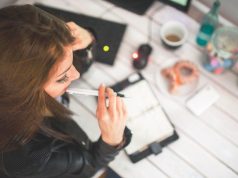 What is Diversity At Work?