Estimates show that more than 163 million humans in India lack access to safe water and more than 190 million people go hungry, yet the meat, egg, and dairy industries are wasting massive amounts of water, grain, land, and other resources on animal agriculture. Animal agriculture contributes to water shortages, pollution, climate change, and other environmental problems. Consider these five facts:

Animal agriculture mucks up our waterways

Much of the waste produced each year by all the cattle, buffaloes, sheep, goats, pigs, chickens, and other animals raised and killed for food in India winds up in the nation’s water, says PETA India. A Jammu and Kashmir State Pollution Control Board report warns that animal waste is chemically similar to domestic sewage but considerably more concentrated and that it pollutes streams and watercourses.

Likewise, a report by the public policy group Brighter Green warns that animal waste and runoff from pesticides and fertilizers used for crops to feed animals spoil India’s waterways. Most slaughterhouses operate without any effluent treatment, so untreated waste ends up in the nation’s waterways and pollutes our diminishing groundwater.

Fortunately, there is always hope. We can all help conserve resources, prevent pollution, and combat climate change and other environmental problems simply by going vegan. Study after study has shown that eating vegan foods rather than animal-derived ones will help protect the environment and alleviate hunger, not to mention reduce animal suffering. 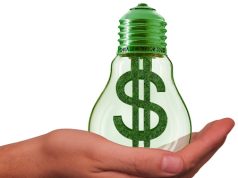 Indian Companies See ₹7,138 Billion Financial Impact Due To Climate Risks In The Next Five Years

Project Mumbai In Partnership With The Ministry Of Enviroment And Climate Change Launches ‘Environment 2.0 – Gen Next – Land, Water Air’