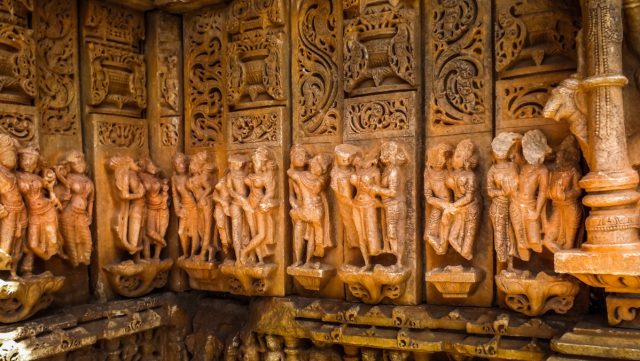 India is a developing country today. However, few centuries ago, it was nicknamed as ‘Sone ki chidiya’. It had everything including agriculture, minerals, nature, intellect and beauty.

India was known to be the wealthiest country in the world. In the 1500s, India held about 24.5% of the share in world trade, which was equal to the share of entire European continent. When the world was still operating with barter system, Indians along with Greeks were among the first countries to adopt coin or money based system. It was Chanakya who invented economics by forming the economic structure for the Mauryan Empire.

In terms of gender equality, India was much more liberal than today. In fact, the Indian mythologies carry examples of women being worshipped as goddesses, gods giving supreme importance to their wives, women marrying multiple husbands, women having multiple sexual partners with or without marriage and women being able to choose their own husbands at ‘Swayamvar’. Women were outspoken, courageous and brave in the ancient times.

India has been invaded and ruled by many. With each blow that the country faced, its glory kept fading, and today it is lagging behind in all the aspects.

In order to rule over India successfully, the British employed various strategies. The diversity of religions and customs in India that was a strength, became a weakness when the Britishers used the strategy of ‘Divide and Rule’. The unity of the country started breaking, making the countrymen to fight amongst each other.

When the Mughals came to rule over India, the ‘pardah’ system was introduced for women as a symbol for modesty. Along with it, came a ‘sharia’ system which meant that women cannot step outside of their houses without being accompanied by a male. In order to abolish the culture to rule a place completely, often the Indian queens of defeated empires were raped or taken into sexual slavery. In order to save themselves of that disgrace, the practice of ‘Jauhar’ or ‘Sati came into being. This practice came to be misconstrued for years and women were forced to practice it without their will till it was abolished during the British rule.

Prime Minister Narendra Modi’s vision for India is that it earns its title of ‘Sone ki Chidiya’ back by 2022. However, it will only be possible if we embrace the real Indian culture, by accepting our identity as a diverse and tolerant nation. If we maintain unity despite the diversity. If we embrace gender equality and respect individual choices. And work towards national development together instead of conspiring against one another.

So let us all unite and be an independent ‘Sone ki Chidiya’ that we once were.