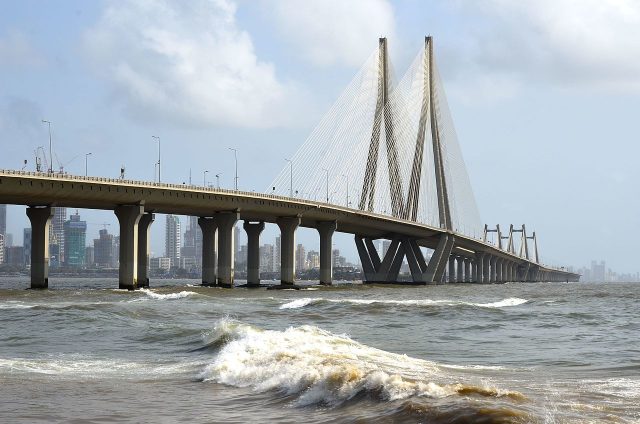 What are Achhe din really? Is construction the only sign of development or progress? Did we really forget the importance of nature in our mad rush to make money or living a luxurious life? Why is it that we praise the projects in the name of improved infrastructure, which has been a hazard to the environment?

Bandra Worli Sea Link is often referred to as a pride of Mumbai. We will also love the beautiful metro shed that is supposed to build in Aarey colony of Mumbai after cutting down 3500 trees. And would we not also love to drive along the beautiful 34 km coastal road, of the CRP project declared by the government?

According to the activists and the environmentalists, the $1.97 billion project, which would involve land reclamation, construction of underwater tunnels and building an unnatural road over Arabian Sea would be an environmental disaster.

The most affected community because of these constructions will be the fishermen as always. The Kolis, known as the aboriginals of Mumbai are the oldest residents of the city. They have lived in the city when Mumbai was nothing but a collection of 7 islands. They have lived near the shores to earn their livelihood by fishing. However, things have been really dicey since the BWSL Bridge was built.

According to Rajesh Mangela, the secretary of Maharashtra Machhimar Kruti Samiti, a statewide fishermen’s association, since the construction of the BWSL bridge, at least two varieties of prawns and fish have diminished. The noise and land reclamation drove the fish away. This means that fishermen must go further out into the ocean for their catch. However, with tides doubling in height in recent years due to reclamation, there is an added danger for fishermen with small boats. The fishermen community believes that the government and the rich builders have either not learned anything from the effects of Sea Link or they do not really care.

According to environmental activists, the CRP will be a huge contributor to rising sea levels and global warming. And there would be rise in calamities in the city like the floods in 2005 which resulted in the death of about 1500 people. Mumbai has been left with one tenth of the beaches it had in few years. This alarming information describes the direction in which we are headed. And all of this is at an expense of our future and the present of the oldest residents of the city.