Social media has become highly relevant in every aspect of life today. From posting pictures of oneself to displaying one’s talent, from teaching to inspiring, from connecting to governing, social media plays a key role in the daily life of every individual. The tool which was once used for recreational purposes is now a cause of livelihood for many.

The role of social media influencers thus, become very important. The influencers are often considered to be young ambassadors of the causes they associate themselves with. This makes them ideal for promoting a CSR campaign to maximize its impact. The influencers can help in spreading awareness of the cause, attracting attention from the policymakers and volunteers to work on the ground level. It can be proved highly beneficial for a brand to pick appropriate social media influencers that resonate with their CSR projects.

Let us look at some of the influencers who have associated themselves with various causes.

Wandering Kamya on Instagram is a travel blogger who associates herself with several causes. She is a solo traveller, who poses at different places in the world while continuing her internal reflection. She talks about climate change, women empowerment, spiritual healing, and many causes in a way that is relatable yet thought-provoking.

Recently, she called out to her followers to commit to stop buying products or services from brands who are actively involved in environmental degradation. She did this by posting a series of pictures on her Instagram page of a forest fire fighting attempt and recalling the amazon fires as well as Greta Thunberg’s speech on climate change.

You might have forgotten the Amazon fires, but the destruction is still raging. And a few brave souls in the community are out there NOW – fighting. Yes, Burger King is still buying meat from the companies responsible for orchestrating, collectively, over 80% of deforestation of the Amazon. And yes so are YOU, unless you’re making an active effort to stop it. . These shots are from a recent fire-fighting effort led by @pledgetoearth along with this @virginiasalaskastilio and many others. You care support them now by donating to the GoFundme campaign (posted on my story, and in the @pledgetoearth bio) – and do YOUR bit to actually counteract the immense crimes being committed against Mother Nature in the rainforest. . If any of you watched Greta Thunberg’s speech to the United National General Assembly that came out on social media this morning, then like me, you’ll bit shook. And we know for a fact now that there is actually no time left. We’re killing the planet, we’re killing our future, and we’re killing our own home. The time to act is now. . So make a commitment TODAY that you’re going to actively stop continuing to environmental destruction AND support organisations on the frontlines. Some great ways you can do this are to stop eating meat (one of the biggest causes of climate change), to refuse anything plastic as much as possible, and plant trees. So start now and donate to @pledgetoearth whilst you’re at it. . What have you changed in the past year to protect the earth? Leave a comment below! ?✨

Mithila Palkar, a YouTuber has been very popular for acting skills and cute looks in various web-series. She has however always appeared in meaningful shows that aims at breaking the stereotypes.

One of the very popular videos she participated in, sponsored by Velvet Case, addressed the common stereotypes women are always subjected to.

Saloni Chopra, who goes by the username redheadwayfarer on Instagram is a travel blogger. She has been extremely affected by the recent rape cases at Unnao and Hyderabad. She has utilized her social media accounts to condemn the incident and also recently started a petition on Change.org, asking the government to utilize the Nirbhaya Fund dedicated to improving women’s safety in the country.

Hi everybody, I know you feel helpless with all the chaos happening in the country right now. Another woman burnt, a survivor, on her way to court. Every hour. A new rape in the news. My heart is breaking every day and the injustice towards women just doesn’t end. One of the most common questions people ask themselves is ‘how can I help?! What can I do?’ Here’s something you CAN do. Right now. @change.orgindia and I have started a petition asking the Women and Child Development Ministry on priority to issue an advisory to all states to come up with a plan to use Nirbhaya Funds and make their plans public by the end of the year. Please, please go on the link in my bio and sign the petition. ? ⠀⠀⠀⠀⠀⠀⠀⠀⠀ Did you know that Telangana, where Dr.Priyanka Reddy was from, has used only 4% of the Nirbhaya Fund? That’s Rs 419 lakh out Rs 10,351 lakhs. States like #Maharashtra, #Manipur, #Meghalaya, #Sikkim, #Tripura and #Daman and Diu have not shown much utilisation of the fund at all even though the home ministry allocated Rs 18,292 lakh to them. This is important. This initiative could make this country better for women – if not immediately safer. We need to start USING that money to help women that are in need AS WE SPEAK. Please don’t wait for the next brutal gang rape to care. ?? ?? You said we need to do more than just talk online, and here’s an attempt to do more, but I cannot do this without YOU. Please go sign the petition. If we don’t get enough signatures, then we cannot demand a change. If you want to make this a better place for women, share this post, tag your friends, ask your parents, your colleagues, ask everybody to sign! The petition currently only has 14,500 signatures. Which is so sad because there has to be more people in our country that care about women. Otherwise, do we even really want a change? Let’s together multiply the numbers – and demand that we see changes by the end of this year. I’m counting on you. Link in my bio. ⠀⠀⠀⠀⠀⠀⠀⠀⠀ #priyankareddy #justicepriyankareddy #lucknow #delhi #mumbai #india #everydayindia #bethechange #women #feminism #nirbhaya #notindiasdaughter #womenempowerment #unnaorapecase #unnao

Mallika Dua, a popular influencer has always been a bold and a proud feminist. She, in her content and the work that she has chosen to do, has always addressed issues such as body-shaming, toxic masculinity and so on. She has participated in a recent campaign called as #FreedomHair by Pantene India, by posting a short clip of herself freeing her hair, asking to free oneself from other shackles placed by the society as well.

This story is a follow up of a story written on a similar topic earlier. Click here to read the previous story. 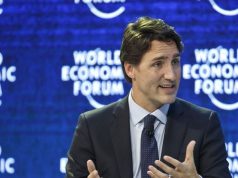 The global nature of social activism