Even as two players tested positive for COVID-19, the American National Basketball Association is going ahead with its plans to resume the season on 30th July. In wake of the protests tearing through America, the NBA has dedicated the upcoming 2020 season to “social justice”.

The phrase “Black Lives Matter” will appear on court. Social justice topics will be printed on the back of all the jerseys. However, some players are not having it. Not only is it gimmicky to them, they didn’t have a say in the slogans on racial injustice. Star basketballer LeBron James announced that he will stick to his name. LeBron told ESPN: “I actually didn’t go with a name on the back of my jersey. It was no disrespect to the list that was handed out to all the players. It’s just something that didn’t really seriously resonate with my mission, with my goal.”

Another NBA player Mike Scott told the media, “I don’t know, they gave us some names and phrases to put on the back of jerseys. That was terrible. It was a bad list, bad choice, they didn’t give players a chance to voice their opinion.” Jaylen Brown of the Boston Celtics, spoke about it as well. “I would like to see more options available to put on the bask of our jersey… For issues and causes such as now, I think that list is an example of a form of limitations…” he said.

However, the athletes weren’t completely in the dark. The union representing the players – NBPA (National Basketball Players Association) – worked alongside the NBA to frame the list of slogans. NBA deputy commissioner Mark Tatum told sports and culture portal The Undefeated, “We worked through the issues with the players’ association to a place where they feel good about it and we feel good about it as well.”

Opening night jerseys with the slogans will be auctioned, with proceeds going to a player-administered social justice fund to be housed by the NBPA Foundation. The players have also been offered social justice programming during their stay in “the bubble”. The association has placed books on social justice in their hotel rooms that also tune in to a TV channel customized with programming on the subject.

Critics says that kneeling during anthems and messages on jerseys are getting the spotlight rather than real change. NBA analyst Charles Barkley feels racial injustice is being turned into a circus. Barkley told CNBC, “I think we’re missing the point. “We need police reform, prison reform. Those are No. 1 and No. 2 things to focus on. We need the cops, good cops out there policing bad cops. … When we spend time focusing on what’s on the jersey, that’s gonna defeat purpose.”

Female basketball players seem to have a better handle on this situation. Trust girls to run the world! The WNBA (Women’s National Basketball Association will form a Social Justice Council that will be led by players Layshia Clarendon, Sydney Colson, Breanna Stewart, Tierra Ruffin-Pratt, A’ja Wilson and Satou Sabally, among others. The Social Justice Council will create community conversations, virtual roundtables, player-produced podcasts and other activations to address inequality, implicit bias and systemic racism that has targeted Black and brown communities.

The WNBA and its union have agreed to honour women who’ve been victims of race-related police brutality during the games. Sandra Bland, Breonna Taylor and Vanessa Guillen, who’ve all lost their lives, will be honoured. The athletes will also wear warm-up shirts that say “Black Lives Matter” on the front and “Say Her Name” on the back. Player Natasha Cloud is a vocal activist and has been active in the NBA’s race-based initiatives.

Black Lives Matter is not looking for token gestures from the field of sports. Well-thought-out action is what will propel the movement forward. The WNBA could school other American sports leagues in receptively addressing racial injustice. 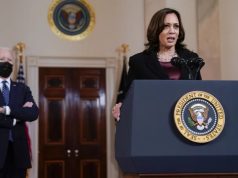