UNTIL recently, Malaram, 80, had to walk up to a nearby store and spend Rs. 20 to charge his mobile phone. His village- Meghwalon ki Dhani, is situated at the border of Barmer district, in middle of the Thar Desert, Rajasthan. The village with a population of around 600 people, had no access to electricity. Children used to study in light of lantern and women had to cook food in dark or dim light. Households paid a high price for kerosene.

All this changed as the village got an unexpected gift on this New Year – the gift of light- when Cairn India presented the villagers a 27KW solar mini-grid project. With this, for the first time, the village found itself connected to a solar-powered grid. The villagers are elated, many having seeing electricity for the first time. On the first day, all villagers gathered together to watch TV, something they could not have imagined till a few days back.

A micro-grid uses central energy production and storage using transportation and distribution lines to connect each household to the central system. The benefit of a “pooled” resource like this is the ability to supply higher peak demand power to households.

For this project, Cairn India provided the capital while its partner for this initiative, Sun Edison, took take of the technical part. 10 local electricians trained at the Cairn Enterprise Centre in Barmer, did the wiring across the village. The entire task was completed in a record period of 90 days with active support of villagers.

The project has quickly been adopted by the village. The local village committee is now the owner of the solar power plant. They have raised money to buy insurance for the plant and to do preventive maintenance.

As a result of this project, the local school now has electricity to facilitate computer based learning. Malaram can now charge his phone at home and save the money as well. “Earlier we used to spend Rs. 300 on kerosene to light the lanterns. But now we would be able to save this amount,” he says with a smile on his face.

“It is a different world now. We have got not only power to light our hutments, but also a chance to have a television in our village” said Nena Ram glowing with an unusual smile on his face.

Nena Ram’s wife Mirga Devi who was forced to complete her sewing work well before sunset, is now free to do any household activity after evenings. “It is for the first time I have seen this thing that gives light brighter than our kerosene filled lanterns,” she said while pointing to the LED light fitted in her hut.

Solar power is a major tool to reach out to the remotest household in the rural villages in Barmer, where in penetration of grid power is still a challenge.

Cairn India, one of the largest Oil and Gas Exploration and Production companies in India, is committed to conducting its operations in a socially and environmentally responsible manner. The company’s various social development initiatives in the areas of Health, Education, Livelihoods and Infrastructure Development have touched lives of more than 7 lakhs community members across its operational areas. 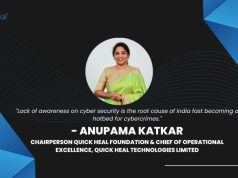 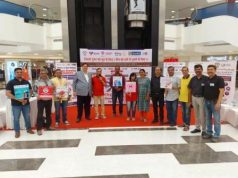