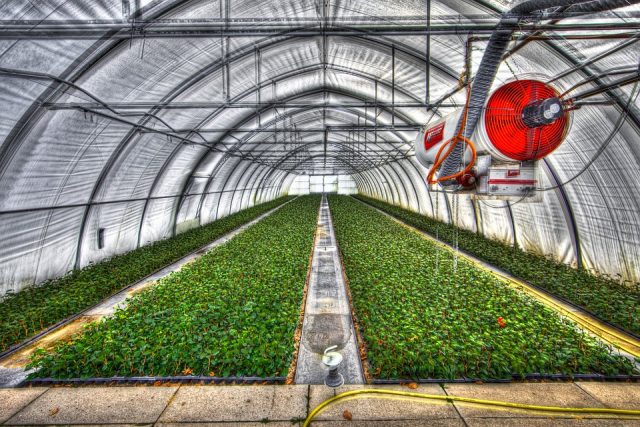 Urban air pollution and rising carbon footprints is the scourge of Indian cities. One of the key sources of urban air pollution is vehicular emission. In this context, the Indian government’s green initiatives are indeed laudable. They are facing the situation and addressing environmental concerns with new regulations, policies, frameworks, and audacious goals, especially when the US is backing out of their commitments to The Paris Climate Treaty.

But are Electric Vehicles (EVs) all they are made out to be in combating pollution? Have we looked far enough into the future to understand their long-term impact? Are there guidelines and regulations in place to ensure that this medicine has no adverse side effects? What are the mechanisms in place to help the automotive value chain to ramp up to supply components and parts for vehicles that do not have engines in the first place. What is in it for the end user? How affordable it is going to be. What is the life cycle emission of electric vehicle vs normal vehicles? Are electric vehicles charged with coal fired power environmentally sound?

To switch to EV or not!

There are many compelling reasons to make the switch and it is happening faster than you may think.  Governments in France, England, Norway, Netherlands, and India have committed to switching to EVs (Time scales vary – 2025 – 2040). Mayors of various major cities are determined to take steps to block diesel vehicles from cities.

The India government’s proposed switch to EVs would reduce carbon emissions by 37% by 2030. EV rollout must be for all types of vehicles plying on Indian roads.  Carbon emissions apart – diesel and petrol are killers due to the fact it spews dangerous air pollutants. EVs have zero tailpipe emissions as compared to cars using fossil fuel, which release harmful air pollutants including carbon monoxide, nitrogen oxide and particulate matter. According to the World Health Organisation, 13 of the top 20 global cities with highest air pollution are in India. With EVs in place cities will be able to breathe easier. With cleaner grid energy EVs appear to be promising solution for urban environment.

India’s oil import bill has been rising, and is pegged at Rs 4.7 lakh crore in 2016-17, 3% of GDP. India imports 80% of its crude oil needs, making it hugely dependent on global supplies and vulnerable to global shocks. India is the world’s third largest oil importer and vehicles contribute one-third of its oil demand. Switching to electric vehicles would save the government $60 billion in imports by 2030.

Downside, or is it?

As clean as the power that charges it:

Unless clean energy is used as a source to charge electric vehicles, we will just be relocating atmospheric pollution from the place of use of vehicles to the place of power generation. But when we use thermal electricity to charge an electric vehicle apart from the mentioned pollutants we also end up releasing sulphur dioxide as the source for thermal electricity is coal.

67% of India’s energy is generated in thermal power plants, and 88% of thermal power is generated by highly polluting coal fired plants. Change in energy mix and switch to cleaner fuel and air pollution control/mitigation is therefore is important consideration in fuelling the EV revolution.

With renewable energy in the grid mix over a period the grid emissions are expected to reduce. However, the future of renewable energy in India presumably rests on achieving the ambitious solar power target set by the country. In its Intended Nationally Determined Contributions (INDC) under the Paris Agreement, India committed to increase the amount of electric power from clean energy resources to 40% by 2030.  Electrification of the automobile industry will take the solar bet to the next level. It will at once help India tackle its oil import bill, secure its energy needs and cut down vehicular pollution.

While one can argue about EVs causing displaced pollution one must bear in mind the nature of pollution source – point source air pollution control is relatively easier Therefore, India needs more ambitious and rapid distributed renewable energy RE adoption. There are examples of EV enthusiasts setting up solar charging stations, however these efforts are in pockets, and there needs to be focussed effort on the RE and non-RE-charging infrastructure from the government, as well as automotive majors such as Mahindra and Mahindra, Tata motors and companies like ABB and Tata Power.

Take back programs by car manufacturers will ensure high rates of recovery, besides providing opportunities for circularity. Recycling of used lithium-ion batteries is an uneconomical process. These batteries have a variety of metals and minerals in each battery cell, making it difficult and expensive to isolate and extract single elements. Without progressive regulation to ensure recycling, valuable metals and minerals will be lost in land-fills of non-recycled waste. Added efforts on setting up lithium ion recycling facilities will be required as well to provide end of use take back.

Battery swap too is the solution!

In 2014, while Indian electric vehicle manufacturer Gayam Motor Works (GMW) was designing and developing electric three-wheelers for a Japanese firm, they realised that key to electric vehicle adoption in India was to make charging as simple as going to a fuel station.

GMW India came up with battery as a service model! In the swapping model, the manufacturer owns the batteries and charges drivers for the service provided based on the usage. This model will help in keeping all Lithium Ion batteries as producer responsibility ensuring 100% recycling and recovery.

Electrified: Charged and surging ahead

The government’s most important role in combating pollution and promoting sustainability is to rapidly ramp up power generation from clean sources and make electrical charging stations as popular and profitable as petrol and diesel ones. Without clean energy, EVs are as harmful to the environment as petrol and diesel vehicles, just in a different location (as the generation is happening elsewhere). However, over a period the grid power in India will be increasingly cleaner as the focus on solar and wind. The International Solar Alliance established by India, is an alliance of 120 countries between the Tropics, is looking at massively ramping up solar. This movement is a pioneering movement in the right direction.

Overall EV married with clean energy opens a huge opportunity for innovation, job creation in context of clean power and EV (Total funding to private electric vehicle (EV) companies surged from under $200 million in 2013 to over $2 billion in 2016), cleaner air, and reduced carbon emission.

However, bearing in mind the pace of change, due thought must be given to pivoting the auto component value chain, recycling and take back setup, regulations to assure proper transportation and handling, recovery and take back of batteries, green charging infrastructure (both grid and off-grid), all of this would go a long way for a bright future for electric vehicles.  India seems to have really stepped up to take leadership in EV, and appears fully charged for an electric future.  This will truly put India at the top of global economies with not only aggressive, fast-paced growth, but also, one that reimagines sustainability to provide benefits to people, profit, and the planet! 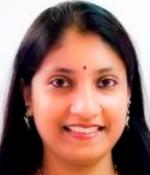 Dr. Sunita Purushottam, the author is the Head of Consulting at Treeni Sustainability Solutions, an organisation committed to helping Indian companies reimagine and embrace sustainability. Her core area expertise is in the area of air quality and GHG emissions. Monitoring, Emission Inventory Quantification, Modelling, Verification and Model Validation have been a part of her repertoire. Sunita possesses a strong meteorological background with understanding of Climate Change Science and Adaptation. 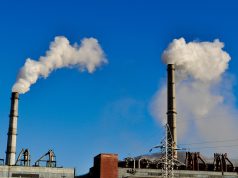 Carbon Credit: A License to Pollute 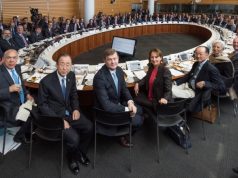 What is Internal Carbon Price to Corporations?