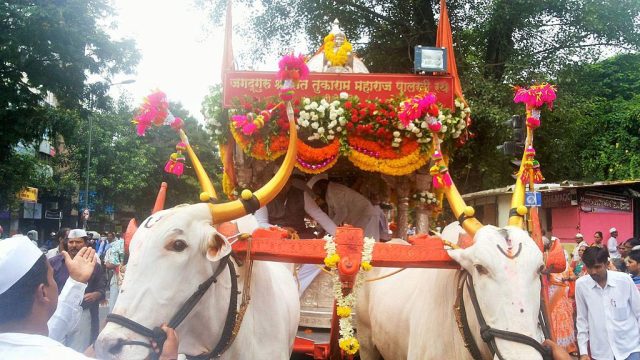 On June 18th, the world’s longest pilgrimage, the Palkhi Sohala 2017, started from the towns of Alandi and Dehu, with millions of people on foot, chanting the name of their god, Lord Vitthal. Every year, at the beginning of the monsoon, people walk in groups, called dindis, carrying paadukas (footwear) of Saints Dnyaneshwar and Tukaram for 250 kms, all the way to Pandharpur, where there is a temple of Vitthal. This tradition goes back to the 13th century and is known as waari. Those participating in this journey are called warkaris.

It is an important tradition in the Maharashtrian culture comprising of a 20-day long journey. A large number of people hoping to attend the waari are unable to, due to various constraints. Seven years ago, Swapnil More, along with his small team found a way to help such people. He founded Facebook Dindi, a website that provides live updates about the waari as it goes along its route. The response this website got in its first year was phenomenal. Almost 10,000 people connected with Swapnil on social networking sites. Over the years, the following for this page only increased and website got regular traffic, with close to one crore people visiting the site.

Since last year, Facebook Dindi started carrying out social awareness campaigns about pressing issues, to initiate discussions through their strong social media presence. This year’s theme is women empowerment.“This started out as a way of updating and helping out people who are unable to participate in the waari themselves. But when our followers increased, we thought we would use this reach to get out social messages and help in whatever way we can”, said Swapnil More. “Last year we raised awareness about water retention, collaborating with Environmental Forum of India, Baramati. This year, we thought we would take up women’s issues as our campaign. We call it “Waari ti chi” which loosely translates to ‘Her Journey’, he added.

More explained that this year’s wari is about the battle women face, about their expression, their existence, their liberation and their identity. He further added that the campaign suggests that a woman’s struggle starts from the moment she is in the womb. There itself people try to destroy her existence and from that point begins a “waari” – a never ending journey of hers. The issues addressed through their campaigns this year are female foeticide, child sexual abuse, misconception about menstruation, child marriage, dowry and domestic violence, widows’ rights and many more.

As part of their campaigns, Facebook Dindi conducts interviews with experts working in the field they have chosen as their social issue, like lawyers, social workers, and activists. Their video interviews have over 10 lacs views. This year, the team will be interviewing mainly the women who are taking part in the waari, taking their opinions on the present condition of women in the country. Also expressing her viewpoint will be advocate Varsha Deshpande, founder of ‘Lek Laadki Abhiyaan’ and head of Rising India Research Foundation, Dr. Girish Laad.

This group is demonstrating ways of using social media to fulfill one’s own social responsibility. By engaging and encouraging these activities online, a person can fulfill his social as well as spiritual realizations. 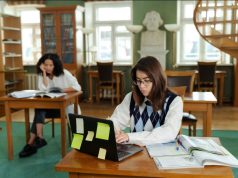