Home CATEGORIES Environment wp Comes To The Rescue Of Critically Endangered Species
SHARE
Facebook
Twitter
MUMBAI: Tata Capital Housing Finance Limited, a subsidiary of Tata Capital Limited, the financial services arm of the Tata Group, has partnered with WWF-India to lend their support to conservation programmes for three critically endangered species – the great Indian bustard, greater one horned rhinoceros and red panda. These would include raising awareness, conducting biological surveys, and working with local communities to reduce their dependency on forest resources. Additionally, the projects would augment the resources of forest departments to be better equipped to deal with issues of poaching and improve their relationships with the local communities. Alternative livelihoods options for local communities and climate change adaptation are also being looked at as two new and critical pillars of intervention under this partnership, in the geographical areas identified.

This alliance will strengthen new and existing independent conservation projects currently underway, aimed at conservation of these species. The objectives of these projects have been laid down keeping in mind an overarching strategy of concentrating efforts in specific target areas in order to maximize the impact of the efforts undertaken. The target areas include the Desert National Park in Jaisalmer and Barmer for the great Indian bustard, Laokhowa-Borachapori Wildlife Sanctuary for the greater one-horned rhinoceros and Shergaon, West Kameng, Arunachal for the red panda.

The great Indian bustard is a critically endangered species, of which only 200 are remaining in the world. The bustard stands at great risk of being the first mega species to become extinct in India in recent times. The initiatives aimed at preservation of this species are among its last hopes for long term survival. Less than 4,000 greater one-horned rhinoceroses remain in the wild and this programme is aimed at translocation of the species to help improve its range in Assam. Red pandas number less than 10,000, and are at direct risk from several predators and loss of habitat.

The intended goal of these projects is to activate a combination of initiatives including raising awareness of the plight of these endangered species, researching on their population and dynamics to optimize conservation efforts, working with local communities to reduce their dependency on forest resources, thereby protecting the habitat. It also aims at augmenting the resources of the respective forest departments in the target areas so that they are better equipped to deal with issues of poaching, and foster better relationships with local communities.

Additionally, other direct threats to these species such as management of feral dog populations, and curbing of illegal agricultural activities through a combination of policy reform and enforcement, are among the other initiatives to be undertaken in these conservation projects.

Speaking on the initiative, Mr. R. Vaithianathan, Managing Director – Tata Capital Housing Finance Limited said, “Our support of WWF-India will help drive both awareness and action towards the protection of these species, which are on the brink of extinction. Protecting these species will also help maintain the ecological balance and in turn help the preservation of our natural resources, ultimately benefiting mankind. Tata Capital Housing Finance has always been committed to inclusive and sustainable growth, and our efforts in these projects help align this ethos with that of WWF, working together towards maintaining the ecological balance of the planet”

Sharing the objectives of the partnership, Mr. Ravi Singh, SG & CEO – WWF-India  said, “The great Indian bustard, the one-horned rhino and the red panda are unique species, each representing three distinctive bio-habitats of India — the open grasslands, the flood plains and the lower Himalayan montane forests, respectively. To conserve these species is to conserve their ecosystems as a whole. WWF-India understands the fine thread that connects the diverse habitats of our ecologically-rich country, and strives to preserve it. We welcome this alliance with Tata Capital, as it will enable us to strengthen our ongoing conservation programmes and implement initiatives that will help humans live in harmony with nature.” 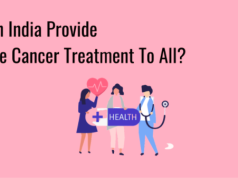 Can India provide free cancer treatment to all? 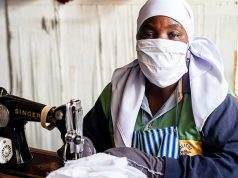 ILO has Lowered its Prediction for Labour Market Recovery in 2022 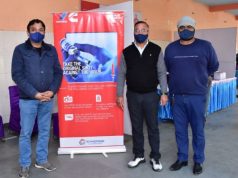 CSR: Valvoline Cummins Organises Vaccination camp for drivers and their families in Gurgaon