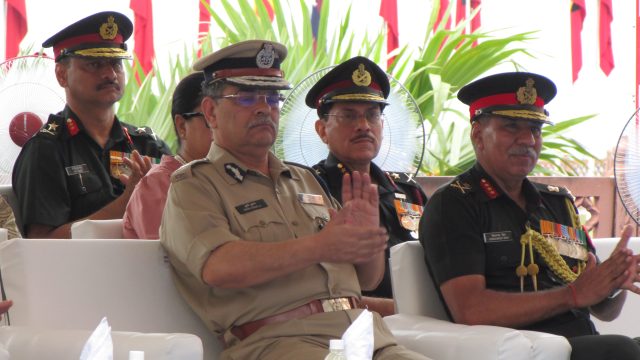 A traffic police cop slapped a civilian. A Police officer was found sleeping during his working hours. It is better to stay away from the police in India because the cops are really rude and mean. These are some of the common statements that we hear about the police in India. However, we fail to see the other side of the story.

Policing is one of the most challenging jobs. It is often thankless too. There is no appraisal for their achievements. But their mistakes are highlighted throughout the span of their careers. Irrespective of that, the police force in India work relentlessly without taking well deserved breaks.

The police in India are highly overworked and understaffed. The study, called as ‘National requirement of manpower for 8-hour shifts in Police stations,’ conducted by the government of India, surveyed 12,156 police station staff, 1,003 SHOs and 962 supervisory officers, from ranks ranging from constables to IGPs in 319 districts in 23 states and two union territories.  It said, that the police to population ratio in India is 145 police personnel sanctioned for 1 lakh people. The number is way below the UN recommended number of 222 police personnel for every 1 lakh people.

The gruesome working condition for the police in India has affected the system adversely. This is probably why the attitude of police personnel is found rude and offensive to the citizens. The health of these personnel has also had a negative impact, reducing their productivity at work. And these details also discourage people from joining the force.

It is time we get rid of these reservations. There are several things we can do to help out the police department.

One is to treat them with respect. They are already being bullied by the system; they deserve to be treated nicely.

Another thing is to cooperate with them. There are times when we prefer to get into arguments with police, in order to get away from paying a fine. There is no point in grilling them. If you want to avoid being part of corruption, just ask them for a receipt for the fine they charge.

Third is, volunteer for the force. Several departments of the police recruit volunteers for disaster management, traffic management and women welfare. It would help these departments a lot if we pitch in from time to time.

Finally, do not hesitate in joining the force. It is time we get a better policing system, and be a part of it to build it.