“There is no chance for the welfare of the world unless the condition of women is improved. It is impossible for a bird to fly on only one wing”, said Swami Vivekananda in the 19th Century. Today, in the 21st Century, improving the socio-economic status of women does not seem to be a prophecy or even a choice anymore. The relevance of skilling women, to create a future-ready workforce of women is even more important today when India is gearing herself to become a global economic superpower.

India is on the threshold of growth and development and is poised to become the third-largest economy of the world by 2030. Being a young nation, we are getting ready to reap the benefits of our demographic dividend. A Government of India skills gap analysis shows that by 2022, the country will need an additional 109 million skilled workers in 24 key sectors of the economy. These statistics set the context and highlight the urgent need to enhance the existing skillsets of millions of youngsters, to facilitate their transition from an academic to professional life, and make them competent and confident to be a part of a global workforce.

Alongside emerging need to transform India’s youth into a skilled workforce, low female participation in the Indian economy has been a major challenge. According to a report by Deloitte “Empowering Women and Girls in India for the Fourth Industrial Revolution”, the female labour force participation in India has fallen to 26 per cent in 2018 from 36.7 per cent in 2005. This has been attributed to the lack of access to quality education and underlying social, economic barriers limiting the opportunities for women.

There is an imminent requirement to empower girls and women in India through quality education, skilling and reskilling. With the advent of technology, digitization and automation, even those women who are employed in low skills and low paying jobs, are likely to lose their place in the workforce.

The global Agenda 2030 for Sustainable Development through its 17 Sustainable Development Goals (SDGs) embody a roadmap for progress that is sustainable and leaves no one behind. Achieving gender equality and women’s empowerment is integral to each of the 17 goals. The Indian government is committed to the achievement of SDGs by 2030. Only by ensuring the rights of women and girls, by giving them equal opportunities and skills we can get to justice and inclusion and achieve sustainable economic growth.

The skilling landscape in India has improved significantly in the past two decades. Tangible policies aimed at skill development have been created. The opening up of the economy in the 1990s saw new sectors emerging for employment. As the information technology and service sectors grew, employment expanded beyond the traditional trades. The evolution in types of jobs continued, but without concrete policymaking to absorb the growing working population into these sectors through skilling. The nature of economic growth in the country has meant that jobs were not created in large numbers in sectors that could readily absorb women, especially for those in rural areas.

‘Status of Women in India’, a report released by Union Finance Minister Nirmala Sitharaman in September 2019 says that Narendra Modi government’s skills development schemes and initiatives are not benefiting women and special measures are needed to provide the appropriate skills and employment opportunities. The report is significant because it specifically assesses the impact of various government schemes on women and finds that they are lagging behind men in “acquiring employable skills”.

Empowering women and girls and achieving gender equality requires concerted efforts of all stakeholders. A policy framework, encouraging and enabling women’s participation, should be constructed with an active awareness of the “gender-specific” constraints that face most women. Gender-responsive policies need to be contextually developed.

Equal participation of women in the Indian economy is imperative to achieve our lofty goals of becoming an economic superpower. Some gaps and challenges lie ahead, but empowering our women force is also an opportunity and the potential for the country to grow more rapidly and at a pace which can fully harness our demographic dividend.

Dr Neelam Gupta is the Founder President and CEO of AROH Foundation. Her contribution to social development has been recognized across the globe and she has been conferred with
numerous national and international awards including the prestigious ‘Asia Pacific International Award’ for her
contribution for International Integration & for Individual Excellence in Recognition of Sterling Merit Excellent Performance & Outstanding Contribution for the Progress of the Nation & Worldwide. 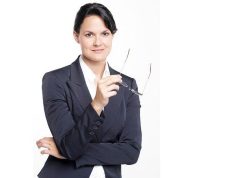 India Ranks 117th in Women, Business and the Law 2020 Report 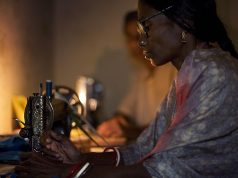