We all know about Ranthambhore National Park located in the city of Sawai Madhopur in the beautiful Indian state of Rajasthan. The national Park was established in the year 1980 and is now actually famous all over the world for its association with the endangered predators- The Indian Tigers.

The park is spread over an area of 392 sq. kms and is said to be home for 66 tigers (the number was 48 when the count was done in 2005). This is actually one of the very few reserves where the population of Tigers has shown a growth in recent years. It is however a great challenge to preserve and safe guard these beautiful creatures. Ranthambhore Tiger Reserve lies on the junction of Aravali and Vindhyas just 14 Kms from Sawai Madhopur in Eastern Rajasthan. It sprawls over a varying and undulating landscape. The scenery changes dramatically from gentle and steep slopes of the Vindhyas to the sharp and conical hills of the Aravali.

Ranthambhore is best known for its large tiger population. As tourism in the park increased, so did the population of neighboring villages. This led to increasing amounts of fatal human-tiger interactions and poaching. The Indian government started Project Tiger in 1973 with an allotted area of 60 mi2. It was later expanded to become what is now called, the Ranthambhore National Park. The challenge has also come from the several tribal communities living in and around the jungle. There is always a struggle for land & free movement between the animals in the Park and the people staying there.

One such community is the Mogiya Tribe who also resides in and around the jungle and is known to be traditional poachers. Mogiya is a tribe whose members have been hunters since a long time. They mainly inhabit the tracts from Sheopur district of the central Indian state of Madhya Pradesh to the Gwalior district of the same state. This is a long tract of forested area along the banks of the river Chambal – the “bandit” river of India. The traditional economy of the Mogiyas was totally dependent on the forest. They were hunters who would survive by selling bush meat to the local villagers. They were often employed by the local villagers to protect their crop from being grazed by wild animals. Sometimes, they were also employed as “game watchers” in the private hunting grounds of the royalty and big landlords. The only skill that they have is tracking and hunting. And they are really good at it. They are a very secretive community who often resorted to crime to supplement their meager incomes. Though they originally come from this area along the Chambal – between the states of Rajasthan and Madhya Pradesh – one could call them semi-nomadic, as they keep drifting. During the Raj, the British administration had classified them as a “criminal tribe”. The economic gains that India made in the past few decades totally bypassed them. After the Wildlife Protection Act 1972 was promulgated in India, hunting became totally illegal in India and the Mogiyas traditional skills became “illegal activities”. No attempts were made by the state to train them in new skills and rehabilitate them. As a result they are right now the most deadly poachers of Central India.

One can thus make out that the success of any initiative to preserve the tiger population in the Reserve is dependent on how successfully we are able to relocate and rehabilitate the Mogiya community. Efforts in this direction are being made firstly in terms of their relocation but probably more importantly by encouraging the children of this community to get educated and learn other skills for their livelihood. The Local NGO, ‘Tiger Watch’ initiated by Mr. Fateh Singh has been making an effort in this direction. ‘The Change Foundation’ ( www.thechangefoundation.in) established in 2013 has joined hands with them to take this initiative forward. The foundation has adopted the Mogiya children and is working on providing them better living conditions which include education, health and food. This is being done under a project called ‘Project Mogiya Children & Save Tigers’ being run by us. This is truly a unique project in terms of its far reaching implications both for the tribal children and their future as well as for the great Indian Tigers!

The Auther of this article is our patron & passionate wp Stakeholder Mr. Ajay Chopra, Founding Member, TCF. For more details on this project and several other similar projects being run by the foundation please visit our website at www.thechangefoundation.in 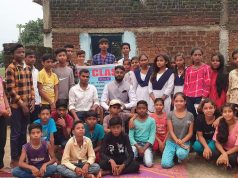 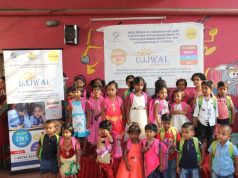 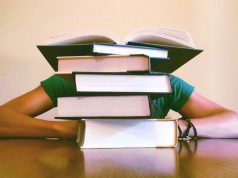