According to World Health Organization (WHO) approximately over two million children die each year of preventable diseases like pneumonia and diarrhoea. India ranks first when it comes to death of children under the age of five years caused by diarrhoea. This can be easily prevented by regular hand washing with soap and maintaining regular hygiene. Soap a common household item across the globe is still not accessible to many people. Erin Zaikis is a US-resident, who is working towards improving accessibility to sanitation through its programme Sundara. The organisation focuses on giving-out recycled soaps to children who otherwise did not have access to a basic sanitation need. 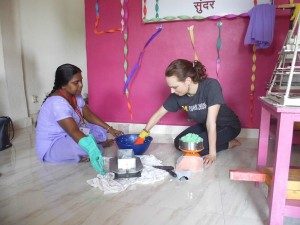 The journey for Zaikis began, when she came across Danny Boyle’s Slumdog Millionaire (2008). The thought of people living in slums under poor conditions moved her. She says that it made her realise how lucky she has been to have grown-up in a healthy lifestyle, but then it struck what about others and what could she do to help them. During her first visit to India, she worked as a volunteer for an NGO that helped rehabilitation of sexually assaulted women. In 2013, while working at Thailand-Myanmar border, she discovered that many children there had no idea what soap was, “When I asked their parents what they used for washing they replied ‘water’,” she mentioned. She realised that while she used to get a soap everyday from the hotel where she was staying a few kilometres away, children there didn’t even know what soap is. “I bought a few dozen soaps and took it to the workshop, many children were playing with it some even tried to eat it,” said Zaikis. 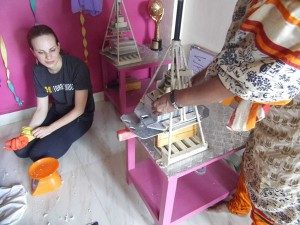 “We started experimenting with used soaps and tried different methods for recycling them which would be cost effective and could be made easily available to the needy,” said Zaikis. In 2014 when she came back to India to take this pilot programme ahead, she realised that being a foreigner, it was hard convincing hotels to donate their used soaps for recycling. “Many hotels were quite sceptical about this idea and thought that donating soaps to a foreigner like me may create legal problems for them,” says Zaikis.
Thank you for reading the story until the very end. We appreciate the time you have given us. In addition, your thoughts and inputs will genuinely make a difference to us. Please do drop in a line and help us do better. Regards, The CSR Journal Team