Radio City reaffirmed its commitment towards developing sustainable, pollution-free cities with the launch of the third leg of its popular ‘Kar Mumbaikar’ campaign. Through this 4 weeks long campaign, Radio City RJs Salil and Archana will visit nooks and corners of Mumbai city each week and plant trees.

Radio City’s latest initiative, ‘Hara Hai Toh बरं आहे’ in association with Mr Santosh Shetty of ‘We all Connect’, will help replenish the green cover over Mumbai’s concrete jungle by conducting plantation drives across the kona kona of Mumbai city.

During their popular morning show ‘Kasa Kai Mumbai’, the RJs will urge listeners to nominate their societies/ areas for this initiative and conduct a plantation drive, while broadcasting the on-air show from the same location.

Extending his support to Radio City’s Kar Mumbaikar ‘Hara Hai Toh बरं आहे’ initiative, Thackeray actor Nawazuddin Siddique said, “Mumbai is facing several environmental problems that are on the rise and the receding green cover is one of the key aspects amplifying this issue. Promoting tree plantations in our own vicinity is a basic but vital step towards the preservation of the environment which in turn will positively impact the health and safety of citizens. Radio City’s ‘Hara Hai Toh बरं आहे’ initiative, led by RJ Salil and RJ Archana is a great step towards raising awareness towards this cause. I hope that the initiative will highlight the significance of planting trees and drive every individual to take a step in the direction of developing a green, pollution free city.”

Commenting on the launch of the third leg of the ‘Kar Mumbaikar’ campaign, Radio City’s RJ Salil and RJ Archana said, “With the city observing a rapid environmental decline, plantation of trees is a crucial task, and through this campaign, we want to urge Mumbaikars to take this issue seriously. In tandem with our brand philosophy, Rag Rag Mein Daude City, we hope that our campaign will inspire citizens to bring back Mumbai’s green cover and set an example for other cities to become a cleaner, greener space to live in.”

The campaign spanning on-air, on-ground and digital platforms, hopes to bring about a change in the mindsets of citizens by illustrating how small and achievable changes can bring about a significant difference in society.

For the uninitiated, Mumbai’s tree cover, which was more than 35% in the 1970s, is less than 13% today, as per a study conducted by the Indian Institute of Science Bangalore. The IISC scientists emphasized the need for any region to have at least 33% green cover to ensure adequate oxygen to its citizens.

Through the first two phases of the ‘Kar Mumbaikar’ campaign, Radio City has addressed various issues plaguing Mumbai such as the pothole menace faced by citizens during the monsoon season and ‘StreeDum’ campaign that raised awareness against the objectification of women. True to its brand philosophy of ‘Rag Rag Mein Daude City’, Radio City will continue to leverage the power of radio to bring about a positive change in our society. 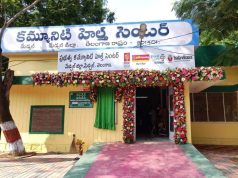