India’s role in the recently concluded Glasgow Climate Summit was both progressive and a defence of the status quo. This has implications for the shape of its climate and energy policies. On the one hand, Prime Minister Narendra Modi announced ambitious targets such as India achieving net zero emissions by 2070 and non-fossil fuel energy capacity surging to 500 GW by 2030.

He further resolved that India would meet 50% of its energy requirements from renewable energy and reduce total projected carbon emissions by 1 billion tons, both by 2030 and also reduce the carbon intensity of the economy by 45% by 2030, compared to 2005 levels. However, India also emerged as one of the primary holdouts for coal, insisting and succeeding on language in the final text of the agreement that called for a coal ‘phase down’ rather than a coal ‘phase out.’

The Indian government has justified India’s position, pointing to its developmental needs. India’s insistence that coal continue to play a role, albeit a reduced one in the future energy mix was supported by China and the US in their own bilateral climate agreement during the summit, indicating that the planet’s three biggest emitters were still not in favour of a complete abandonment of coal. Apart from their desire to continue using their abundant and cheap coal reserves, these countries also seemed determined to preserve coal as a baseload source of power, to support increasingly promising but still intermittent and variable renewable sources of energy.

Implications of India’s Stance in Glasgow

The Indian position at Glasgow means that India’s climate and energy policies will need to create incentive structures that both encourage the growth of renewable energy such as renewable energy production mandates even as they reduce fossil fuel emissions from existing and new coal plants. In attempting to reduce coal plant emissions, ease of compliance and cost of abatement will be key factors. All of this will need to be done without sacrificing economic growth.

The EU ETS enables industries to cut their emissions where it costs the least to do so, or they can trade emission certificates with less polluting industries. Emissions are maintained within a certain limit and are reduced every year as governments decide to reduce the cap, allowing emissions to eventually fall. Each country had the autonomy to choose its emission allowances through a separate National Allocation Plan.

A cap-and-trade system is already functional for particulate matter pollutants in Gujarat with Surat’s textile industrial cluster. At the national level, India has implemented a piecemeal, Perform Achieve Trade (PAT) on a limited scale with limited results. The PAT scheme, initiated in India in 2012, is a market based energy savings scheme where the energy savings of energy intensive industries are converted to tradable instruments (Energy saving certificates) that are issued by the Bureau of Energy Efficiency, Ministry of Power. However, the scheme is limited to only a few industries and sectors.

India’s national and state action plans on climate change do not have space for market-based approaches such as cap and trade and still skew primarily towards command and control regulation which anyways does not regulate carbon emissions. For example, the National Action Plan on Climate Change does not even hint at the possibility of market-based solutions to reducing carbon emissions. Additionally, there is no mention of market based solutions in the state plans of industry intensive states such as Maharashtra, Tamil Nadu or Uttar Pradesh. This omission is increasingly at variance with India’s nuanced stance at Glasgow and the absence of a role for cap and trade risks closing out a viable option for low cost reduction of carbon emissions at a national level without compromising economic growth and while securing industry buy-in.

There is a need to revisit India’s climate and energy policies to expand initiatives such as the PAT and the Gujarat cap and trade system into a national cap and trade system for carbon emissions. Amalgamating few market based solutions into India’s climate policies will help reduce emissions at a faster rate, while also catering to the country’s sustainable development agenda for climate mitigation. India’s green energy transition is proceeding apace and what is now needed is not more incentives to increase green energy supply but also incentives to encourage low-cost reduction of coal emissions. 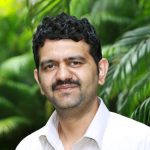 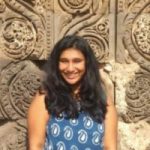 Smriti Jalihal is a former FLAME student who is currently a research assistant at the Himalaya Lab, Nature Conservation Foundation. 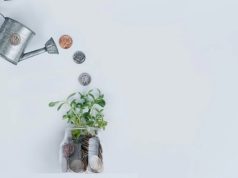 Creating a Sustainable Social Impact: An Inside Out Perspective on Entrepreneurship

Cooling Down India, Saving the World