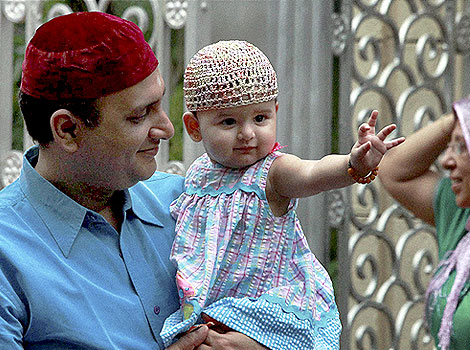 Zoroastrianism, one of world’s oldest monotheistic religions, has followers who live in India as a minority. A nation celebrated for its diversity, India celebrates with the Parsis, their new year on 17th August. Originally the official religion of Persia, Zoroastrianism shifted bases to India and Pakistan, when Islamic forces invaded Persia. India has the largest population of Parsis in the world. The Parsi New Year is the celebration of a new year by house cleaning, wearing new clothes, giving gifts and making charitable donations.

The Ministry of Minority affairs, in order to address the issue of diminishing population of the Parsi community, took a step which was unique to India, three years ago. ‘Jiyo Parsi’, a scheme by the government, Parzor Foundation, Bombay Parsi Punchayet and the Tata Institute of Social Sciences was launched. Jiyo Parsi celebrated the birth of its 108th baby in August, 2017. It’s a fertility and awareness scheme, aimed at reviving the Parsi population.

According to the report published by Jiyo Parsi, with Ministry of Minority affairs in October 2016, several reasons have been held accountable for the declining population of the Parsi community. Fertility, a major factor, has been declining for over a century in the Parsis. Deaths have exceeded births in every year since 1955. Also, socio-cultural factors, such as large numbers of women never marrying or choosing to marry late, are factors contributing to reduced fertility, in turn, impacting the growth of the population.

The objective of this scheme is not only to treat childless couples but also to change the mindset of the young generation towards having more than one child. To achieve this, the programme has taken to many strategies which have been criticised as well as applauded by the community. Their campaign ‘Make babies, not war’ was widely appreciated. The media strategies of this scheme are hard hitting and far reaching. Another campaign which troubled some people from the Parsi community itself was released with the tagline ‘After your parents, you’ll inherit the family home. After you, your servant will’.

The two major aspects of the scheme are medical intervention and advocacy through print and social media, counseling, presentations to the members of the Parsi community, films, lectures and workshops. Financial assistance is given to families for fertility treatment, including cost of medicines (along with follow-up medicines) and post-medical assistance. The cost of treatment for infertility is very high and many middle-class Parsis find it difficult to afford. This scheme is the government’s way to help the community ‘grow’ in their adopted homeland.

CSR: Bolo Indya pledges to donate half the earnings from Bolo Meets sessions to NGO for kids